US envoy: There will be no war in Bosnia, Dodik could pull announced measures 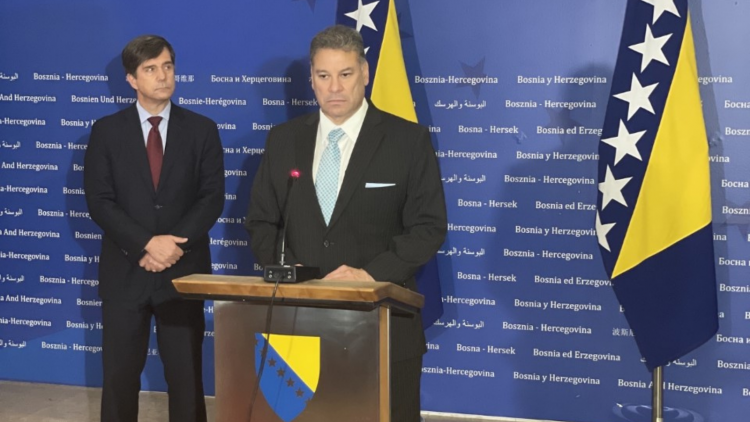 We want to make sure that Bosnia remains independent, sovereign and territoriality whole, S Deputy Assistant Secretary of State Gabriel Escobar said after meeting with three BiH Presidency members on Monday, adding that his meeting with Milorad Dodik was productive.

“I was glad that I had a productive meeting with Mr. Dodik where he was open to discussing withdrawing all of the legislation that would weaken the central institutions [of the state] so that we could continue working on the questions of economic integration,” Escobar said at a press conference.

He noted that such political crises only weaken investors’ confidence in the country.

According to Escobar, two things need to be done. The first is that Bosnia shares in the economic opportunities with the Balkans, and that Europe recognizes the Balkans as an area of opportunity.