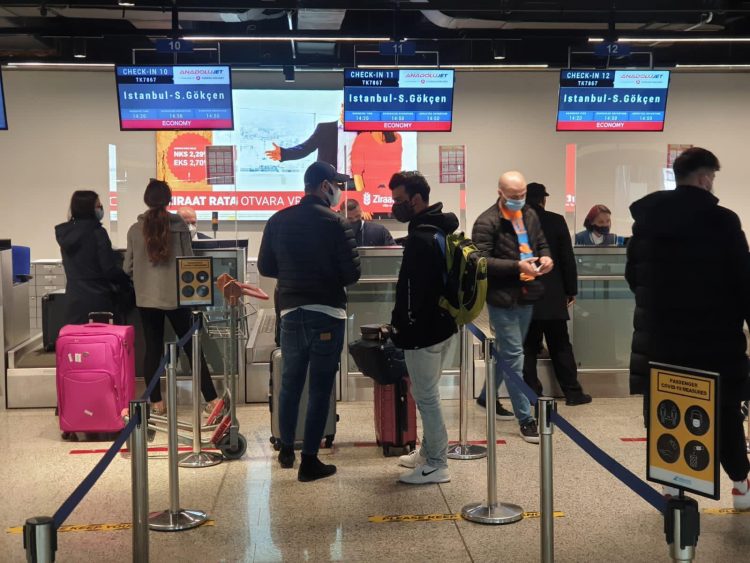 The European Union's data protection bodies strongly advised against extending the use of vaccine passports beyond the current pandemic, warning they could pose “risks to the fundamental rights of EU citizens.”

The agencies also raised concerns over the prospect of a “de facto requirement” for people to present a vaccine passport to enter shops, restaurants, clubs, places of worship and gyms, as “has already been suggested.”

The certificate “should only be limited to Covid-19, including its variants,” the bodies said.

“Should Member States still seek to implement the Digital Green Certificate on the basis of Member State law for any possible further use than the intended purpose of facilitating free movement between EU Member States, this may lead to unintended consequences and risks to the fundamental rights of EU citizens,” the opinion cautioned.

“Any such further use of the Digital Green Certificate and its associated framework under a national legal basis should not legally or factually lead to discrimination based on having been (or not) vaccinated or recovered from Covid-19,” it said.

Some background: The European Commission unveiled its proposed “Digital Green Certificate” in March. No exact end date was given for the certificates, with the Commission saying they will be suspended once the World Health Organization (WHO) declares the end of the international public health emergency caused by Covid-19.

The proposed certificate will confirm that a person has been vaccinated against Covid-19, has received a negative test result or has recovered from Covid-19. The plan is that the certificate can be used across all EU Member States.

But the scheme “must not lead to the creation of any sort of personal data central database at EU level,” the EDPB and EDPS said.