Vucic: Serbia will not recognise Kosovo to get Republika Srpska in return 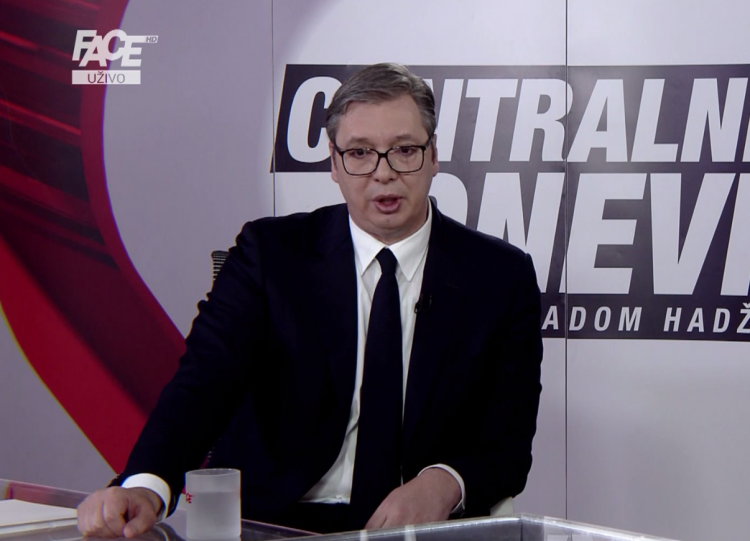 People can “sleep in peace” and “there will be no war,” Serbian President Aleksandar Vucic said in an interview with Bosnian Face TV. He dismissed speculations about any swap of territories or change of borders in the Western Balkans.

Commenting on the alleged non-paper about the change of borders in the Western Balkans, Vucic said that he has not seen it but only heard about some speculations.

“See, you say that Serbia will recognise the independence of Kosovo to get Republika Srpska in return. That's not going to happen. None of that is real nor good nor we need it, and this is all I can say about it. I refuse to speak about something that does not exist,” Vucic said.

“We don't need the territory of Bosnia and Herzegovina,” he added.

“Why do you seek enemies where there is no any?,” Serbian President asked the interview host, Senad Hadzifejzovic, adding that he is proud of Serbia's economy and that people in Bosnia and Herzegovina should be glad about that as well.

Asked about his relations with Serb member of Bosnia's tripartite Presidency, Milorad Dodik, Vucic said Dodik is a “very intelligent man” whom he respects but that he does not always necessarily share the same opinion with him.

“Milorad Dodik can state his opinion but no one should speak on my behalf, I have no spokesperson and I always say openly what I think; I say what I think, I do what I say. I am very open and I am saying honestly and sincerely what's my policy and what I advocate,” he added.