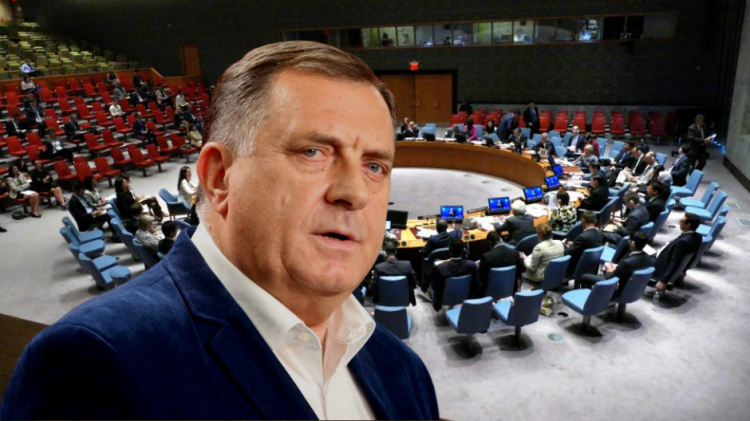 Bosnian war victims' associations urged the UN, NATO and European Union senior officials to stop the warmongering rhetoric by Serb leader Milorad Dodik, asking if they will “allow that a conflict and crime happen again.”

The associations addressed the international officials amid the political crisis in Bosnia and Herzegovina that emerged after Serb leader Milorad Dodik announced a vote in the entity parliament of Republika Srpska, the Serb-majority region, on withdrawal from the state-level institutions, which the many assessed as a call for secession.

His step came as response to the law on genocide denial ban, which was earlier this year imposed by the international peace envoy, whose presence in the country Dodik strongly objects.

“We deem that Milorad Dodik won't stop, so we are addressing the letter to the chiefs of the member states of the UN Security Council, the UN Secretary General, NATO Secretary General and high-ranking bodies and individuals of EU,” they said in the letter, demanding that all the UN and international conventions on human rights and freedoms as well as the judgements of UN courts – the International Court of Justice and the International Criminal Tribunal for former Yugoslavia are obeyed.

Among the ICTY's tasks is prevention and and peace building in the former Yugoslavia, said the letter signed by the Association of victims and witnesses of genocide and the Movement of Mothers of Srebrenica and Zepa enclaves.

“Legacy and judgements of the said courts oblige us. We, the victims of genocide have never reached the revenge or retaliation, we have and still do express support to the ICTY/MICT with out testimonies and cooperation, but we are meeting the set goals by respecting the legacy of these courts. That's why we ask you to obey your decisions and legacy of these two UN courts and stop Milorad Dodik and Nedeljko Cubrilovic. The experience of the war and crime is written in the international rulings and obliges us all, just like it obliges Milorad Dodik and Nedeljko Cubrilovic, who put before the National Assembly of Republika Srpska a challenge – either a war or nothing,” said the letter.