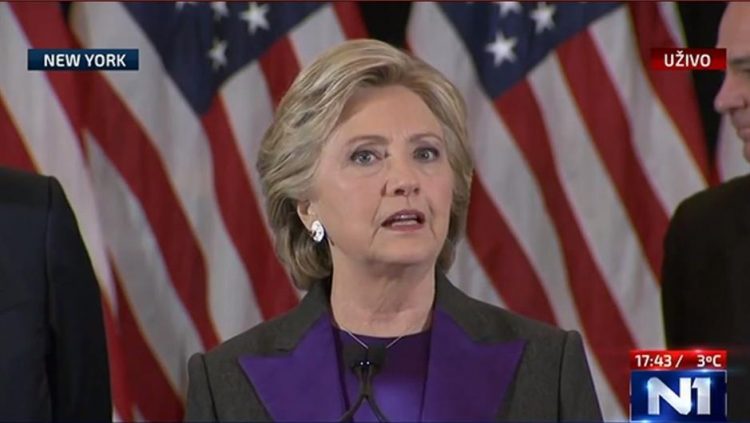 Hillary Clinton says Europe must deal more decisively with the issue of immigration, or face an ever-stronger right-wing populist movement.

In an interview with The Guardian newspaper, the former US Secretary of State and 2016 presidential candidate commended European leaders like German Chancellor Angela Merkel for their kindness toward migrants. But she said they need to send out a stronger message that they won't be always able to “provide refuge and support.”

Clinton's words contrast with her criticism of President Donald Trump for his rhetoric toward immigrants and his attempts to halt refugees and asylum seekers.

They are likely to find support amongst right-wing leaders such as Hungary's Viktor Orbán who have tightened their grip on power on the back of anti-immigrant sentiment.

“I think Europe needs to get a handle on migration because that is what lit the flame,” Clinton said, referring to the rise of populists like Trump and movements like Brexit. If Europe doesn't properly deal with the migration issue, “it will continue to roil the body politic,” she said in the interview, which was conducted just before the US midterm elections but published on Thursday.

Europe is still dealing with the fallout from the arrival of about a million people in 2015, fleeing conflicts like the Syrian civil war and economic crises like those afflicting sub-Saharan Africa. Numbers have fallen since then, as the EU has enacted a series of sometimes faltering measures to counter migration.

Clinton said the continent had to deal more firmly with the issue, or risk its exploitation by populists such as Trump. “The use of immigrants as a political device and as a symbol of government gone wrong, of attacks on one's heritage, one's identity, one's national unity has been very much exploited by the current administration here,” she said.

“There are solutions to migration that do not require clamping down on the press, on your political opponents and trying to suborn the judiciary, or seeking financial and political help from Russia to support your political parties and movements.”

Clinton said she was still “dumbfounded” by her defeat in the 2016 election, and said populist candidates are speaking to people's emotions.

“There is this tension. I don't fully understand it. I think it's as much psychological, maybe more than political, as to what people are yearning for. I mean, freedom is burdensome. It's hard getting up and taking responsibility for yourself and trying to make all these decisions,” she said.

The former candidate also criticized the media, who she said were not well equipped to cover “these candidates who are setting themselves on fire every day, who are masters of diversion and distraction.”