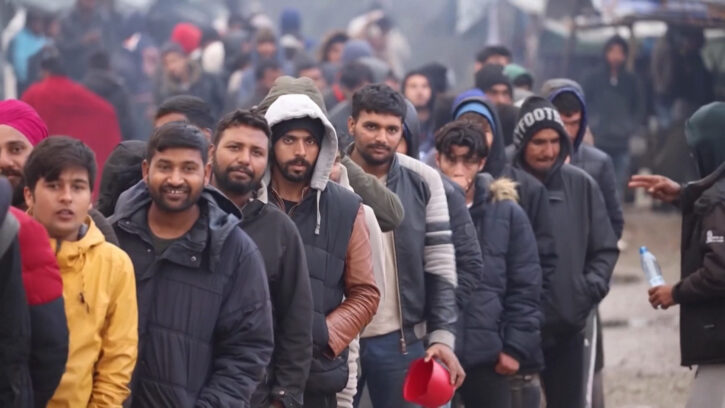 Authorities in the northwestern Una-Sana Canton plan to close down two migrant centres in the area and suggest a new location, but the operation could leave thousands without shelter as the winter is approaching and humanitarian organisations and Bosnia’s Islamic Community are appealing to authorities to find a solution fast and help the migrants.

The two migrant centres, ‘Bira’ and ‘Miral’, are planned to be closed down on November 15 and authorities are now considering whether to set up a new centre. The Mayor of Bihac, one of the most affected towns, has already submitted a proposal for a new location, Lipa.

Those who suffer under the dropping temperatures the most are the migrants currently accommodated in the ‘Vucjak’ camp.

“European Union, if you see me and if you can do something for these people please do so. If you cannot, then please deport us,” he appealed.

“To be honest, I think that Vucjak confirms what the absolute priority of Bosnia and Herzegovina is at this moment, which is to reach a political decision on setting up additional accommodation for migrants,” said Peter Van der Auweraert, the head of the International Organisation for Migration (IOM) mission in Bosnia.

If this is not done, then “it is clear what will happen,” he said. “If people stay here during the winter, they will die. They will not die in a matter of months, but in a matter of days or weeks, as temperatures are rapidly dropping.”

Humanitarian organizations have been warning of the escalation of the migrant crisis for days and insisting for the Vucjak camp be closed down. The UN also previopusly called for closing down the camp because conditions there do not meet the minimum standards for accommodation.

“With the approach of the winter and after neglecting the problem of refugees migrants and victims of human trafficking for a long time, we are now in a situation where there is a threat that this problem could escalate with unfathomable consequences,” said the head of Bosnia’s Islamic Community, Husein Kavazovic, appealing to Muslims in the country to help the migrants.