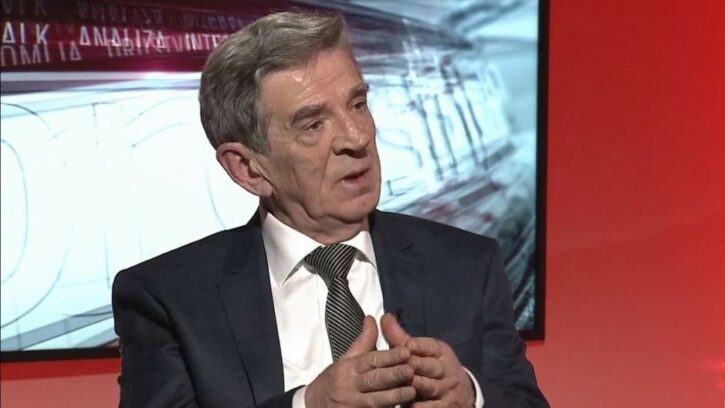 Let us, finally, talk openly about why it’s Bosnia’s “fault” and why it’s suffering. Why have you been abusing her for more than a quarter of a century, and why even today, at this hour, are your insincere emissaries not announcing any positive news. We have long hoped that you would really help this country as a model of multiethnicity and harmonious coexistence and finally bring it into the circle of values that you have obviously reserved only for yourself, academic Esad Durakovic wrote in his op-Ee, which you can read in its entirety, below.

“We need to talk openly. I present to you, the powerful (because in Europe, there are, of course, people who have not given up on Virtue and Humanity) a list of your deliberate “mistakes” that are so consistent that they appear in the form of a morbid political construct:

– As a victim of three neighbouring aggressions, you imposed an arms embargo on Bosnia;

– You have denied the victim the right to self-defence, you who swear by humanity.

– After all of that, when the Bosnians were close to safely liberating their country, you threatened them with NATO strikes if they tried to liberate it completely.

– You disarmed the defenders of Srebrenica, declaring it a UN safe zone and then you let the biggest butchers massacre unarmed and innocent Bosniaks on an epic scale.

– Then you rewarded those butchers by giving them the right to govern the very area that they physically and ethically devastated, as in the world of ancient tragedies. Is that the face of 20th-century humanity?!

– Then you created the Republic [Republika Srpska] (that term of the sublime meaning) on an endless series of mass Bosniak graves. It is such a shame to give such a construct the honourable name of the REPUBLIC!

– Then you presented the world's greatest literary prize – the Nobel Prize – to Peter Handke, a friend of Slobodan Milosevic, another genocide denier. What a great humiliation for the Prize and Literature! And what is the point of art after such decoration to the promoter of genocide against Bosniaks?!

– These days, you have given an extremely high-level decoration to Gideon Greif – another forger and denier of the genocide against Bosniaks. Is there any end to your inhumanity?! All these years and even today, thanks to your emissaries, the so-called European values are dying, or should I say rotting away. Even today, your wrinkled face of humanity is being disfigured!

In all of the above, there is an obvious constant, consistency, and not an accidental diplomatic or political mistake. The root cause is that Bosniaks are mostly Muslims.

Finally, it must be said that this is the essence of the problem. We recall – in that consistency – the words of the British Prime Minister John Major (1993) addressing his Minister of Foreign Affairs, Douglas Hogg – that he would not allow “Muslims in BiH to get weapons,” acknowledgements by senior French officers of what kind of pro-chetnik orders they had received from French President Mitterrand and Tudjman and Boban, who proclaimed the goal of baptizing some Bosniaks and killing those who refused.

We firmly believe, Mr President [Biden], that you stand behind your just words even now. Unfortunately, your envoy Palmer is not working here in line with the sense of justice and humanity that you have so strongly and convincingly advocated for. The big difference between that time and today is that today you are the most powerful man in the world and that you can act effectively in accordance with those words because medieval Andalusia is repeating in Bosnia. There may be little time left to put an end to this historical disgrace,” academic Esad Durakovic wrote.