Academician: EU is responsible for migrants becoming a security threat in BiH 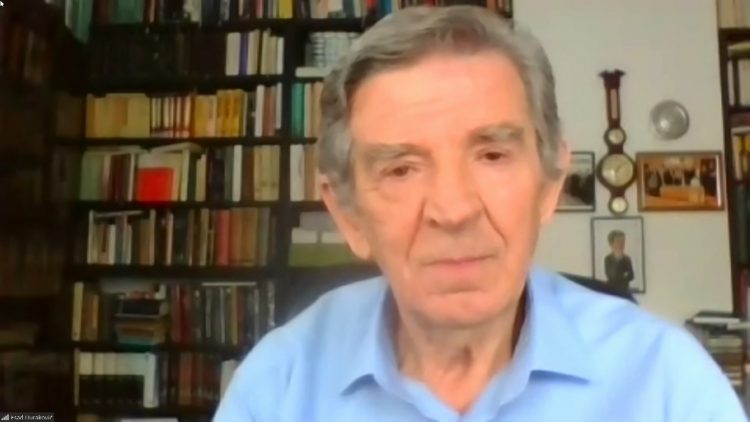 Following the Wednesday night clash between migrants and Sarajevo police in Camp Blazuj which left several officers injured and vehicles overturned, Academician Esad Durakovic said for N1 Thursday that he warned the public on several occasions that migrants in Bosnia are frustrated young men without any perspective who can thus only become violent.

“It's only a matter of time before they become even more violent. I spoke about this on several occasions and said there will come a time when we'll lock ourselves in our houses and apartments, happy that we weren't attacked or had no incidents that day,” Durakovic said and added:

“What I’m saying is very ugly and ominous but we have to look at the facts. Europe doesn’t want to open its borders to migrants who are shouting they want to go to Europe, not remain in poor BiH which was devastated by war itself, not so long ago.”

According to him, Bosnia is unable to provide them with appropriate conditions.

“Europe is the main culprit for the migrant crisis and everything that’s happening in Bosnia. Migrations are a historic fact but in this case, the European countries and the West had devastated the countries these migrants are coming from – if not by way, then they were their colonies,” Durakovic added.

He pointed out that Europe had done everything for migrants to remain in Bosnia.

“Bosnia’s eastern border is completely permeable, but the western one is hermetically sealed. Europe is now lecturing us on humanity and how we should be humane towards migrants. We are as humane as we can be. We do not need Europe to teach us this and send us their emissaries who will determine in our sovereign country where they will place migrants in BiH while declaring that they will not receive any migrants. This is political, humanitarian and humanistic hypocrisy of the European Union. It’s very important that our media stop create an image of BiH by showing migrants in slippers, washing in the snow and in streams, but that they focus on the responsibility of the EU and the international community. We will have a huge security problem in BiH,” academician Esad Durakovic told N1 TV.

According to the Sarajevo Canton Interior Ministry's official report, the clash between the police and the migrants first emerged when officials of the International Organisation for Migrations (IOM) arrived at the camp to relocate one of the migrants who was disturbing order and peace at this location.

Some 3,000 migrants are accommodated in the Blazuj camp and minor accidents are often reported at this location.