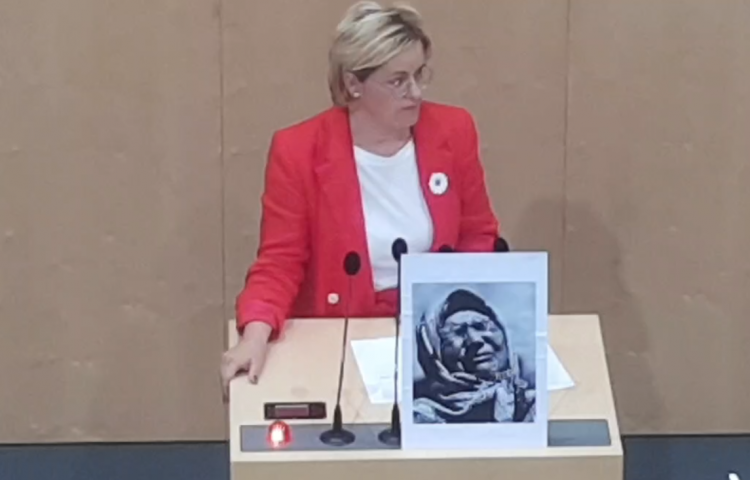 Austrian Parliament unanimously adopted the Resolution on the genocide in Srebrenica Wednesday, which honors the Bosniaks of this BiH town who were killed on July 11, 1995. The adoption was accompanied by long applause.

The initiator of the document was the Federation of BiH Association in Austria “Consilium Bosniacum.” Earlier, the Resolution was adopted by the foreign policy committee of the Austrian Parliament, and even the representatives of the right-wing FPÖ voted in favor of it.

The proposal of the Resolution was sent to the Parliament for discussion on June 14, 2022. It was signed by representatives of the Green Party, the People's Party, the Social Democratic Party and the Neos Party.

The resolution asks the Austrian authorities to continue actively supporting the commemoration of the genocide in Srebrenica together with other members of the European Union.

The text of the Resolution states that it is being adopted on the occasion of the 27th commemoration of the ethnic cleansing and genocide in Srebrenica, which was declared a protected zone by the UN Security Council Resolution of April 16, 1993.

“Bosnian Serb forces, led by General Ratko Mladic and based on the order of the then president of (BiH entity) Republika Srpska, occupied and subdued this city. During the next few days, massacres were carried out under the command of General Mladic, in which Bosnian Serb soldiers, paramilitary units and irregular police units took part.”

It is recalled that over 8,000 Bosniak men and boys who sought protection from UNPROFOR were killed.

“At the same time, approximately 30,000 women, children and the elderly were forcibly expelled in a major ethnic cleansing operation. Thus, this event became the most serious war crime in Europe since the end of the Second World War.”
The text of the Resolution further states, and that all these “tragic events in Srebrenica” leave survivors with “trauma and deep emotional scars”.

“Bosnian Serb forces violated international humanitarian law in numerous ways and committed crimes, such as kidnapping thousands of people and raping countless women. Despite efforts to find mass and individual graves and bodies, the remains of almost 1,200 men and boys from Srebrenica have still not been found and identified,” the Resolution stipulates.

The Austrian parliamentarians further state that the Resolution of the European Parliament made July 11 the European Day of Remembrance for the Victims of Srebrenica.

“In order to ensure a peaceful future and successful coexistence, it is necessary that all political representatives – whether in Bosnia and Herzegovina, but also around the world – face the darkest chapters of history and acknowledge the past. Commemorating the genocide in Srebrenica and solidarity with the victims are key for a better future for all citizens of Bosnia and Herzegovina, as well as for strengthening historical awareness that such terrible crimes must never be repeated,” the Resolution concluded.