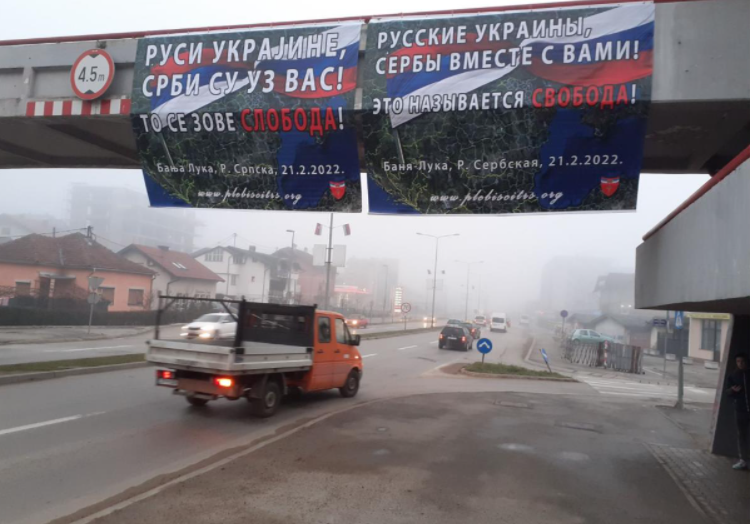 On Monday morning, the Serb People's Movement - ‘Izbor je nas’ (The Choice is Ours) expressed its support for the Russians in Ukraine with a large banner in Banja Luka that read: "Russians of Ukraine, Serbs are with you. That is called freedom!".

According to a statement from the group, they will ask the ambassadors of Russia in Serbia and Bosnia and Herzegovina to forward their open letter of support to the representatives of the Donetsk and Luhansk regions in Ukraine.