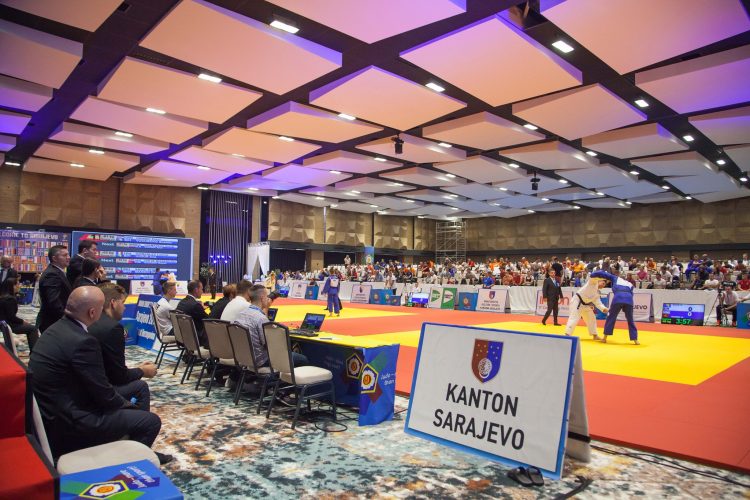 The prestigious international tournament "Sarajevo European Open" will be held in Sarajevo this weekend, organized by the Judo Federation of Bosnia and Herzegovina.

The opening ceremony was held at 4 pm in the hall of the Hills Hotel in Ilidza.

The President of the BiH Judo Federation, Branislav Crnogorac, pointed out that this tournament is a great event and that such competitions and events greatly promote sports in BiH.

The Minister of Culture and Sports of the Sarajevo Canton, Samir Avdic, also supported the organizers at the opening.

Some 350 judokas from 27 countries will perform in the hotel hall in Ilidža on Saturday and Sunday, which is 20 more than in the first European Open tournament organized by the National Federation of BiH last year.

Fifteen competitors will defend the colours of Bosnia and Herzegovina over the next two days, five female and 10 male competitors, and the BiH team has the highest expectations from Aleksandra Samardzic and Toni Miletic.
The Judo Federation of BiH noted that in addition to the European Open, two European Cups for Seniors and Juniors in 2022, they will organize the World Championship for cadets U18 (August 24-28), as well as the European Championship U23 (28-30 October) for the second time.