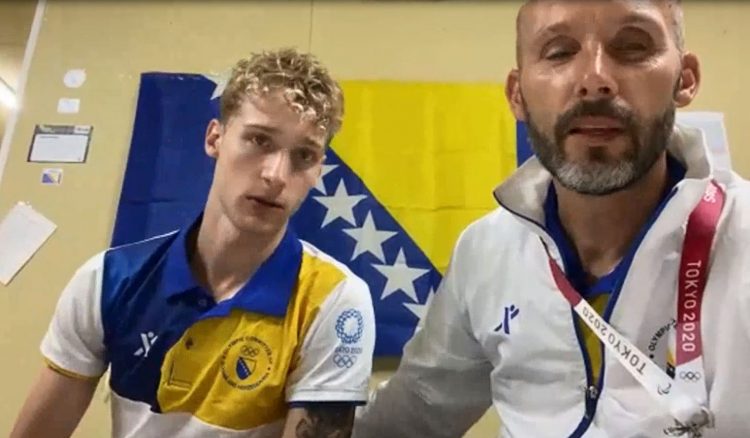 Taekwondoka Nedzad Husic, achieved the best result in the history of BiH at the Olympic Games in Tokyo Japan, with placement in the semifinals. He lost in the semi-final fight as well as in the one for the bronze medal but still, his result is the best BiH has ever made in this type of competition.

“There is a little bit of happiness, but more sadness. I only needed a second to bring home the gold medal but things turned out differently. After the semi-final fight, my concentration dropped a bit, not all things went well since that fight and in the rematch, my concentration also dropped. I didn't have a positive excitement, which you must have, without which it is impossible [to compete]. I got into the fight too lightly and so it was. I shouldn't have allowed myself to receive those stupid points,” said Husic.

Although he is aware that he is currently the best in the country, he told N1 that there is a peak that he has not touched yet.

“No one won a medal, so I'm sorry to have something like that to reach for. I may be the best in the country, but in my head, I am not the best,” Husic noted.

Haris Husić, Nedzad's father and coach, was visibly disappointed, but he pointed out that they learned a lot from this performance.

“It’s a hard feeling, first of all, it’s my child, second it’s the Olympics and you get so close, you take two good steps and you get to the third one, you have to finish and it doesn’t go exactly the way one expects but we hope such things will not happen the next time. We wish everything had gone right, but it didn't. We have to fight, we can’t say it will just come by itself, we have to work on it. Nedzad and I have now noticed some mistakes that we will work on and we hope that we will not repeat them in the future,” said Nedzad's father and coach.

Nedzad Husic (19) was defeated Sunday at the Olympic Games in Tokyo by Turkish competitor Hakan Recber and thus did not win a bronze medal.