Bosnia among world's most mine-endangered countries 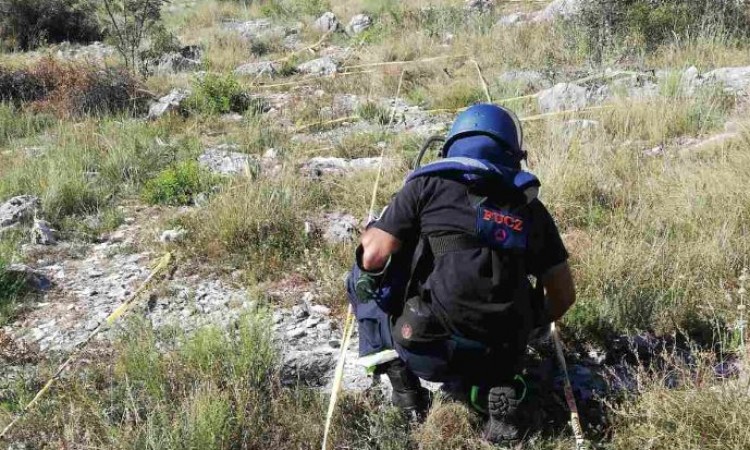 There are still more than 180,000 landmines in 1,421 communities across Bosnia and Herzegovina, making it one of the most mine-endangered countries in the world, the Civil Protection Agency of Bosnia’s Federation entity said on Sunday, on the occasion of the International Mine Awareness Day.

According to official data, the total of 136,148 landmines and explosives have been found in Bosnia and Herzegovina to date in the post-war period. As a result of mine accidents, 1,766 people suffered injuries, of which 617 were fatal. Of this number, 115 were deminers (53 fatal).

“The current size of the mine suspected area in BiH is 957.14 km2 or 1.96 percent in relation to the total area of ​​BiH. According to previous analyses, BiH is one of the most mine-endangered countries in the world, while there is a huge economic loss due to the lack of use of mine suspected areas,” the statement said.

Last year Bosnia and Herzegovina extended the deadline for the removal of the remaining landmines, according to the Ottawa Convention signed in 1997, with more than 160 other countries affected by the same problem. This document specifies that all remaining minefields in the country will be cleared by 2027 in accordance with the existing Mine Action Strategy in BiH.