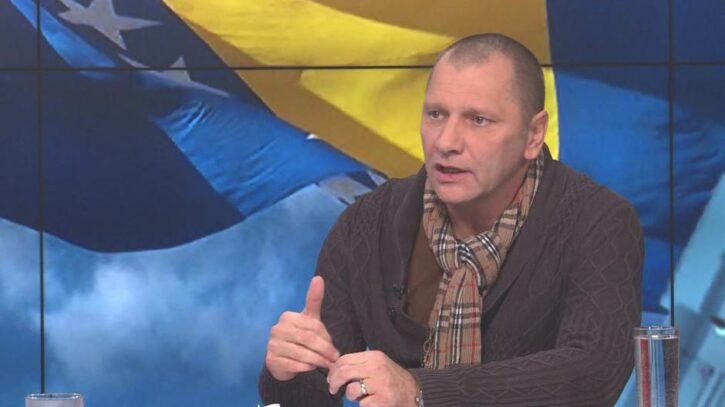 A member of Bosnia and Herzegovina Parliament's upper house wrote to the international community's high representative in the country Valentin Inzko, urging him to use his authority and impose the changes to Bosnia's Criminal Code treating the denial of genocide.

“I am submitting the draft law on amendments to the BiH Criminal Code to you as the institution of the High Representative in BiH, to invite you to use the special powers stemming from the Annex 10 of the General Framework Agreement for Peace in BiH, to impose these amendments, bearing in mind that the decisions of the International (Criminal) Tribunal for former Yugoslavia are binding for all institutions in BiH and that the Parliament of BiH refused to accept them,” MP Zlatko Miletic, a member of BiH House of Peoples, wrote in his note for the Office of the High Representative, the institution established in 1995 to oversee the peace implementation in BiH, whose High Representative was assigned with special powers to impose laws and dismiss officials.

“I will not use this opportunity to elaborate on the final rulings from courts in BiH or the promises you gave on several occasion to the citizens of BiH that you will solve this issue in a required manner,” added Miletic. “Mr Inzko, impose the law on denial of genocide and war crimes committed in BiH. Put the ban on the glorification of convicted war criminals.”

Speaking to local media in November 2020, an Austrian diplomat who is the current High Representative in BiH, Valentin Inzko, said he was ready to impose the law on banning the denial of genocide, noting that all European countries have a law banning Holocaust denial.

In the interview for Al Jazeera Balkans, Inzko said he would impose the law if it is not adopted in the Parliament by July 11, 2021, when Bosnia is marking the 26th anniversary of the Srebrenica genocide – the mass killing from 1995 in the eastern town of Srebrenica, which the International Court of Justice and the ICTY ruled was the act of genocide.