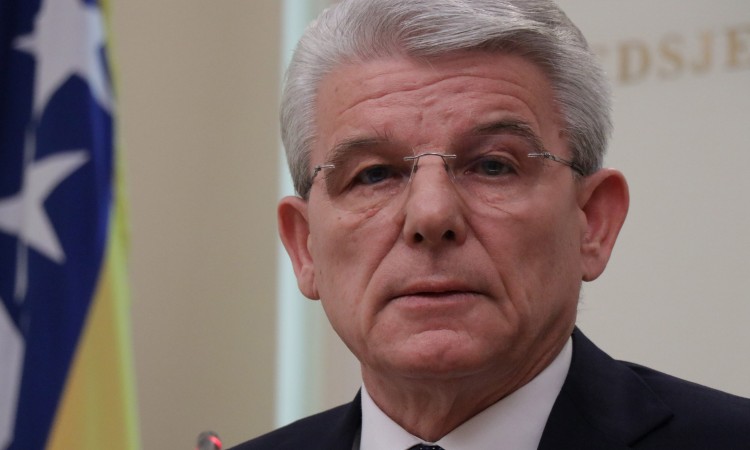 After some Slovenian media outlets reported on the content of a non-paper document that contains the ideas about the change of borders in the Western Balkans, there is a perception that some circles in the European Union work to jeopardise the territorial integrity of Bosnia and Herzegovina, Bosniak member of Bosnia's tripartite Presidency Sefik Dzaferovic wrote to European Council President Charles Michel who, according to media, was a recipient of the document.

“These developments have led to a serious destabilisation and disturbance in our country, considering that the secessionist political forces, which have been threatening for some time with the secession of the Republika Srpska entity, are interpreting these allegations as a proof of support to their secessionist plans within the European Union,” said Dzaferovic, adding that the EU is one of the witnesses of the Dayton Peace Agreement – the international document that ended the war in Bosnia and Herzegovina, which confirmed the continuity of the state of Bosnia and Herzegovina in its internationally recognised borders.

The Presidency member said the EU has been for the past 25 years the main stability factor in BiH along with the USA and that thanks to the Union's positive influence the country has made achievements in its post-war recovery and reform development.

“Given the European experience in the first half of the 20th century, as well as earlier attempts of ethnic division of Bosnia and Herzegovina during the aggression of the 1990s that culminated in the Srebrenica genocide, any subsequent attempt to redraw borders would threaten peace in our country and region,” said Dzaferovic.

“This would certainly undermine the stability of Europe, based on the principle of consistency of borders. Given that these are very dangerous matters, I felt the need to draw your attention to the fact that such initiatives should be disabled at the outset. Bosnia and Herzegovina expects the European Union to pay more attention to the credible prospect of Bosnia and Herzegovina's EU membership,” he added.