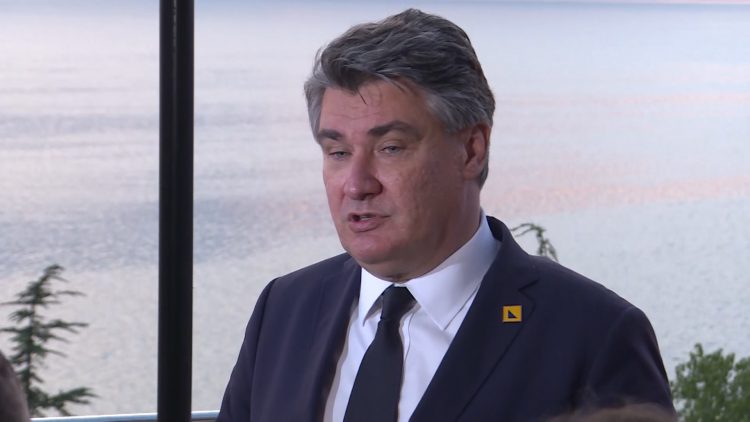 Bosnia genocide victims' associations assessed as “pathetic and miserable” the way in which Croatian President Zoran Milanovic spoke of the 1995 Srebrenica genocide, as well as his comments on the activities of these associations and their objection to the Croatian troops' deployment to peacekeeping mission in Bosnia and Herzegovina.

“Dear President of the Republic of Croatia, it is pathetic and miserable that a president of the country ‘which is a member of all organisations that Bosnia and Herzegovina will never be a part of’ allow himself to speak in this way,” reads a brief message signed by Munira Subasic, the head of the Mothers of Srebrenica Association, and Murat Tahirovic, the head of the Association of Genocide victims and Witnesses.

The statement comes a day after Milanovic's reaction and a series of inappropriate statements about the Mothers of Srebrenica Association, the genocide in Srebrenica and Bosnia Presidency member Zeljko Komsic, over the letter to the UN secretary-general about preventing the participation of Croatian soldiers in the EUFOR ALTHEA mission.

Croatian President lashes out against Mothers of Srebrenica, disputes genocide

The objection towards Croatia's participation in the peacekeeping mission was explained with the fact that Croatia was involved in the war in Bosnia and Herzegovina, and after the war it avoided the obligation to conduct proceedings against war criminals.

Milanovic said in response that those letters were “incoherent and self-defeating,” and while he said that he does not deny “bloody crimes” in Srebrenica he is not sure how to qualify them.