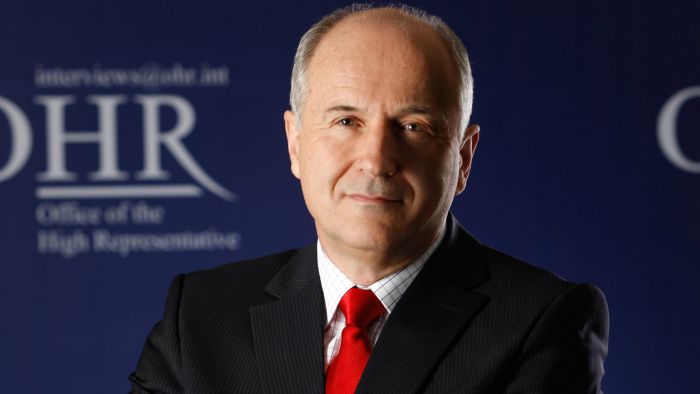 Provisions of the BiH Criminal Code banning the denial of genocide and glorifying war criminals, imposed by the outgoing High Representative to BiH, Valentin Inzko last week were published in the Official Gazette Thursday and have come into force Wednesday, July 28.

The law changes that the High Representative imposed among other things stipulate the prison sentence from six months to five years for the one who “publicly condones, denies, grossly trivializes or tries to justify a crime of genocide, crimes against humanity or a war crime.”

He also recalled that the UN Security Council repeatedly affirmed that the role of the international envoy in BiH, as a final authority in the implementation of the peace deal, includes the “authority to make binding decisions as he judges necessary on issues as elaborated by the Peace Implementation Council in Bonn on 9 and 10 December 1997.”