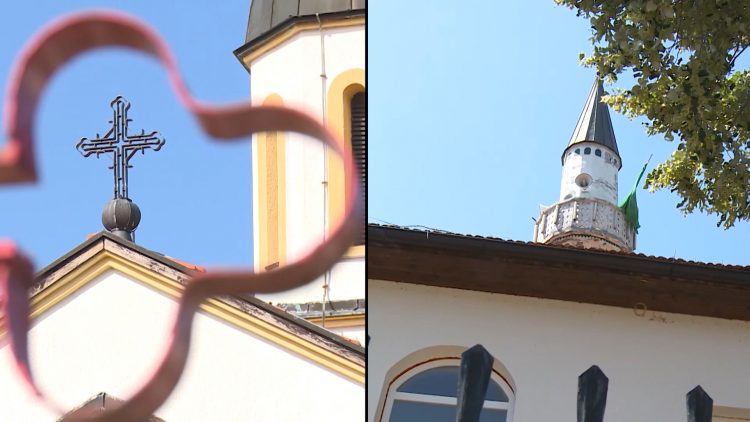 Permanent peace in Bosnia and Herzegovina - an ideal that is defied by wars, conflicts, tensions and policies that are galloping throughout the country whose citizens have never lived in luxury or far from poverty. Nevertheless, the ideal of lasting peace lives on in Baljvina, a village with a mosque and a church - monuments to lasting peace. Both intact in the last war. The story about this small village near the northern city of Banja Luka destroys prejudices about Bosnia and Herzegovina as a place of constant conflict.

Sefko Causevic, one of the oldest residents, was the best to begin with the story of the village where there is no dispute between the two ethnic groups – Serbs and Bosniaks, not only in the last war, but also in the wars before.

“Unfortunately, it's how it is. I would be happy if it was like that throughout Bosnia,” Causevic told N1 team.

Various armies also passed through Baljvine. During the Second World War the Bosniaks protected the Serbs when the Ustasha soldiers came in, and the Serbs protected the Bosniaks when the Chetniks came into power. However, when peace came after the Second World War, inter-ethnic tensions emerged in certain areas. Sefko mentioned the eastern town of Visegrad, where he worked as a bricklayer, as one of them.

“You shouldn't have put a Serb and a Muslim together to work together in the third shift, they would fight,” he said.

But in Baljvine, if there was a fight, Serbs fought Serbs, Bosniaks fought Bosniaks, never against each other. It was no secret, but the bare truth, which is hard to believe “at first”, Zdravko Knezevic told us. The Bosnian Serb army had a hard time believing that story, he claims, so one of the elders, general Momir Talic, wanted to see for himself.

This local left for Slovenia in the 1970s and when the conflicts started in the 1990s, he said he knew that there would be none in Baljvine.

The only division in the village is geographical, into lower and upper part of Baljvine. The locals of this region live mainly in the hills, which are not agriculturally arable, so their granary is the field that connects the upper and lower part of Baljvine and where they, regardless of whether they are Serbs or Bosniaks, work together. It is interesting that there is no one in the field on Thursdays, because Thursday is a non-working day in the village.

And it is a vow that both Serbs and Bosniaks respect. It is believed that working in the fields on Thursdays would bring storms to the village. This is what Jovo Tesanovic tells us. He is the local whose house is reached by macadam. However, a bigger problem than the road both to Jovo and the entire Baljvina is the complete lack of water.

Despite the difficulties, this householder keeps as many as 24 cows, about 40 sheep, pigs, chickens. The puddles in which he buys rainwater for them have dried up, and for him the rest of the summer is uncertain. Instead of being rewarded for their story of peace, the village is forgotten. However, it attracts the attention of the research team from Ljubljana. Rok Zupancic leads the team that researches inter-ethnic harmony in Baljivne.

“I think that it should become mandatory for children from the Republika Srpska, the Federation of Bosnia and Herzegovina, the Brcko District (Bosnia's administrative units), if you will, to learn about Baljvine and similar cases, so that they may come to visit, so that they somehow learn that an inter-ethnic conflict is not something which always exists and cannot be overcome”, emphasised Zupancic, an associate professor at the Faculty of Social Sciences of the University of Ljubljana.

The question remains how much politics would profit from this, because the story of life in Baljvine demolishes the typical narratives of local politicians who, after all, profit better from raising tensions.