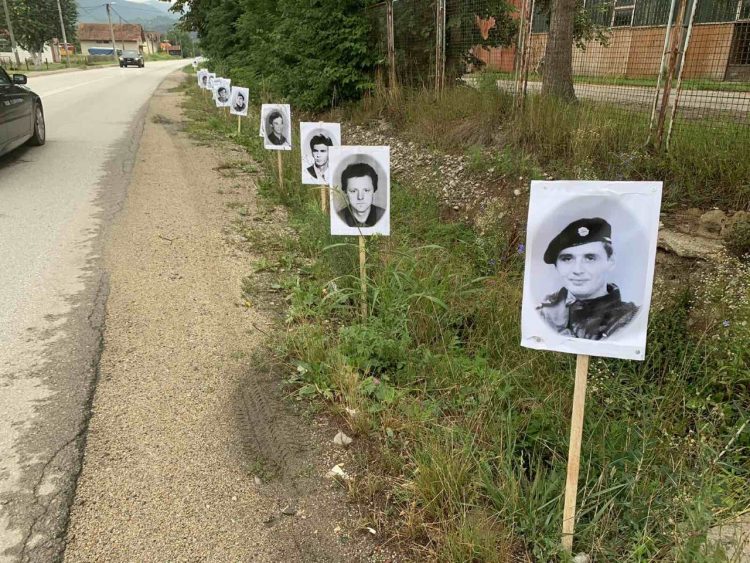 The mayor of the Bratunac municipality said that photos of 3,267 Serb civilians and soldiers from the central Podrinje area who were killed in the past war in Bosnia and Herzegovina were set up along the Bratunac-Potocari road so those attending the July 11 Srebrenica Genocide commemoration see them.

The photos were set up some 2.2 kilometres away front he Srebrenica Memorial Centre.

However, the locals objected and placed the photos on their fences, which means they are now on private property.

Bratunac Municipal Mayor, Srdjan Rankic, told the Srna news agency that the photos were set up by the family members of those who were killed with his consent and support. The goal was to show that Serbs also died in this area and that crimes were committed against them, he said, stressing that nobody was held accountable for those crimes.

“Thirty years have passed and no one has been held accountable for the 3,267 killed Serbs, almost half of whom were civilians who were killed in their homes and yards. In this way, we want to point out that there is no justice for the murdered Serbs,” said Rankic.

He said that he sent invitations to all embassies and international organisations in BiH for their representatives to come to the commemoration of 30 years of Serb suffering, which was held on July 2 in Bratunac. Nobody responded, he said.

“It speaks of a discriminatory attitude, of a one-sided view of the war and the victims in BiH, of the pain caused to the families of murdered Serbs and of the injustice shared by the international community and the judiciary of BiH,” said Rankic.

He said that the photographs of the murdered Serbs were placed so that international representatives could see them on their way to the commemoration ceremony for Bosniaks killed in the Srebrenica Genocide on July 11.