Coalition partners in Bosnia agree on new head of government 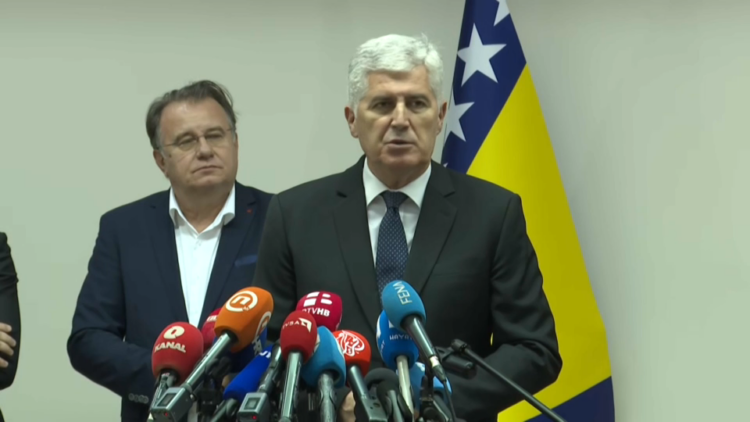 Borjana Kristo of the Croat Democratic Union (HDZ BiH) wil serve as the Chairperson of Bosnia's Council of Ministers in the next four-year term, Social Democratic Party (SDP) leader Nermin Niksic confirmed after the coalition meeting on Wednesday, announcing that he would assume the post of Prime Minister of Bosniak-Croat shared Federation entity.

Representatives of the HDZ BiH and the ‘Eight’ – consisting of the SDP, Party for BiH (SBiH), BiH Initiative, the People and justice (NiP), For New Generations (ZNG) and the People's European Alliance (NES), met in Konjic, south of Sarajevo, a week after signing a coalition agreement to define the guidelines and principles for the next four-year period.

Addressing the media, Niksic said that their goal is the formation of government by New Year.

“What I want to say is it is our wish – in accordance with possibilities – to speed up all the activities on that,” he added.

“We will certainly change the atmosphere, neither do I nor my colleague Kristo think about being at the helm of the Council of Ministers and the FBiH Government that would dig new tranches or build barricades,” said Niksic using military terminology.

Dragan Covic, the HDZ BiH leader, said following the meeting that there was no doubt this parliamentary majority would be in power for the next four years.

He also said he did not give up on legitimate representation of the three constituent peoples in Bosnia and Herzegovina, namely the Bosniaks, Croats and Serbs.

As for the negotiations with political parties from the Serb-majority entity, Republika Srpska, NiP leader Dino Konakovic said talks on some of the topics with the SNSD, PDP and SDS parties is rather hard.

“We are fully prepared to equally support all projects in Bosnia and Herzegovina, respecting the competencies of the institutions,” he stressed.

Konakovic recalled that Bosnia stands a chance to get the candidate status for the European Union on December 15, which would bring many benefits to the country.