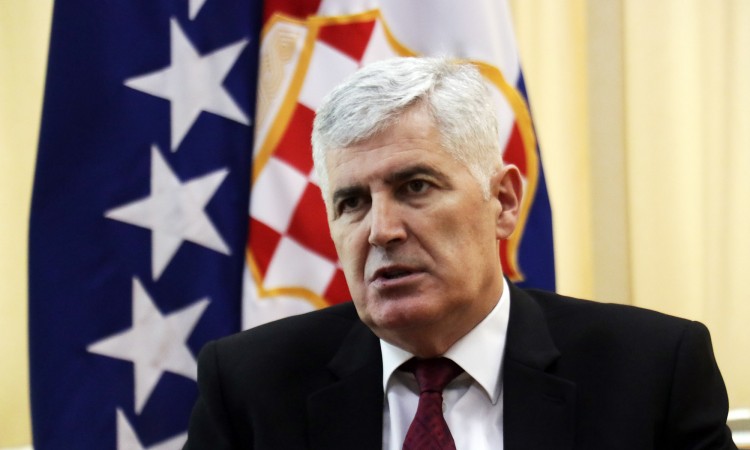 Bosnian Croat parties are prepared to get more actively engaged in the dialogue on increasing the functionality of the country “once we successfully finish our vital task of election law changes during the year of 2021,” the leader of Bosnia’s strongest Croat ethnic party, Dragan Covic, wrote in a letter to the High Representative and ambassadors in BiH.

Covic, who is also the head of the Croat National Assembly (HNS), a political organisation consisting of Bosnian Croat parties, expressed his gratitude to the diplomatic representatives of the international community for their continued support for Bosnia and Herzegovina's progress.

Covic urged the foreign ambassadors, as well as the High Representative tasked with overseeing the civilian implementation of the 1995 Dayton Peace Agreement, to help Bosnia work on amendments to its Election Law, “a process that must be completed in the next three months of this non-election year and which requires limited constitutional reforms.”

“Existing discrimination in our system must finally be eliminated, and equality ensured and protected. This is a critical component of holding the 2022 elections,” he stressed.

“The fact that the Election Law must be taken seriously and resolved urgently cannot be disputed. Therefore, it is increasingly important that our focus remains undisturbed as we approach the final months before 2022,” he wrote.

Covic then commented on a letter the main Bosniak party, the Party for Democratic Action (SDA) sent to the High Representative a day prior.

The SDA argued that the narrative on the lack of representation of Croats in BiH is wrong, noting that Croats have 106 percent more and Bosniaks 36 percent fewer posts in state institutions when compared to the ethnic composition in the country.
Covic said this represents “fabricated mathematical information.”

“It is regrettable that some domestic political factors still do not understand the seriousness of the situation, nor our responsibility and the benefits of the steps we can take, by encouraging destabilizing political narratives and destroying the cornerstone, the foundation of Bosnia and Herzegovina based on constitutionality and legitimacy,” he wrote.

“I say this deeply aware of the past, present and future of Bosnia and Herzegovina – equality, constitutivity, the right to legitimate political representation at all administrative-political levels are not subject to political trade or mathematical fraud,” he stressed.

Covic wrote that all parties within the Croat National Assembly are prepared to get more actively engaged in a constructive dialogue on increasing the functionality of Bosnia’s Federation (FBiH) entity and the country as a whole “once we successfully finish our vital task of election law changes during the year of 2021.”

“In line with our long-standing aspirations for the future in the European Union and NATO, our commitment to Euro-Atlantic integration is persistent. It is therefore important to emphasize that the forthcoming positive developments we can take have the power not only to contribute to the internal stability, progress and development of Bosnia and Herzegovina, but also to our Euro-Atlantic future. I call on everyone to fulfil what is necessary, expected and integral for a better Bosnia and Herzegovina,” Covic wrote.