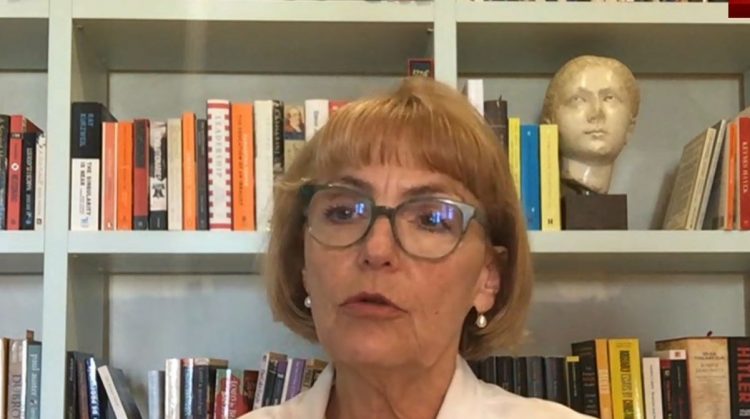 The European Council’s conclusions have produced “no real progress” for the Western Balkans, but they represent a message to political leaders in Bosnia and Herzegovina that they must implement reforms necessary for the country to be granted EU candidate status, Croatia’s former Foreign Affairs Minister, Vesna Pusic, told N1.

Pusic said that the EU summit where the issue of enlargement was discussed was a “bad meeting of the European Council and a bad meeting with the leaders of the Western Balkans.”

“It has been repeated to those countries that they have a European future, everything we have been hearing for many years, but there is no real progress”, she said.

However, Pusic noted she is glad that Ukraine and Moldova have been granted EU candidate status.

She noted that BiH’s future progress toward the EU depends on political leaders in the country, “especially for the three leaders in Bosnia and Herzegovina who did everything to prevent BiH from gaining candidate status.”

“The reason why BiH did not receive that status is that the necessary laws were not passed. They believe that they punished three ethnic leaders with that, and my opinion is just the opposite,” Pusic said.

Pusic stressed that BiH should have been granted EU candidate status and that the meetings in Brussels were “depressing”, but that this should not discourage pro-European forces in the country.

“They must ask themselves why they are doing this? Are they doing this to get positive opinions from European leaders or are they working to fight in our societies for a policy in which we will be able to choose and appoint the best among us to lead the country towards a democratic transformation that is in line with EU values? We must not give up on the EU because of one bad European Council meeting,” she stressed.

Pusic also said that the Election Law must be reformed in the country, but not exactly the way Bosnian Croat parties want it.

“That Law needs to be amended to be based on two basic assumptions. The first – the foundation of modern democracy is a one-person-one-vote system. Another assumption is that, other than the guarantee of equal rights, all citizens should be provided with a certain form of protection for some ethnic rights. This is possible and in some form, it exists in Croatia as well,” she said.

She argued that what the leader of the strongest Bosnian Croat party, Dragan Covic, is proposing does not meet these principles.

“It is a proposal for additional ethnic segmentation and leaves the majority of Croats in BiH politically unrepresented. I agree that we need a modern and new election law, but it is certainly not the one proposed by Covic and his allies. This is one of the elements that harmed BiH leading to it not being granted candidate status”, she said.