Dodik: Armed threats in Bosnia should be subject of international intervention 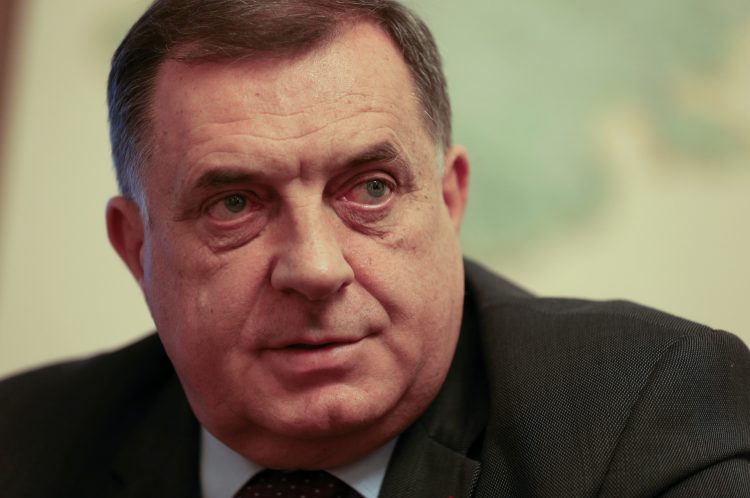 Bosnia Serb Presidency member Milorad Dodik said he told US special envoy Gabriel Escobar that anyone who threatens another in Bosnia and Herzegovina through armed or any formations should be the subject of the international military intervention.

In an interview with Reuters, the Serb leader said he is not ready to sacrifice peace for anything, not even for Republika Srpska, the Serb-majority region, where he was elected for the Presidency.

“Peace is the way for Republika Srpska and that is its policy, not war, not conflicts,” he added.

Dodik's comment comes amidst increasing political tensions in Bosnia, widely seen as the gravest crisis since the end of the 1992-95 Bosnian war, which emerged after Dodik announced withdrawal of Republika Srpska entity from central institutions in Sarajevo, including the Armed Forces, the High Judicial and Prosecutorial Council and the Indirect Tax Authority.

According to him, the three institutions were proven useless and not grounded in the Dayton Agreement, the peace deal which ended the war of the 1990s and contains the country's Constitution.

These institutions were established by the decisions of the international peace envoys in BiH, whose presence Dodik strongly objects.

The Serb leader denied a possibility of a war. He said he told the US envoy, who visited Bosnia last week, that any threats within the country should be subject of international military intervention.

“I even suggested to Mr. Escobar that in international treaties, instead of threatening with the red lines, they should say the following: anyone who threatens another in Bosnia and Herzegovina through armed or any formations, will be the subject of international military intervention.”

Schmidt earlier told Reuters the red line for the international community would be the Serb Republic's withdrawal from the joint armed forces.