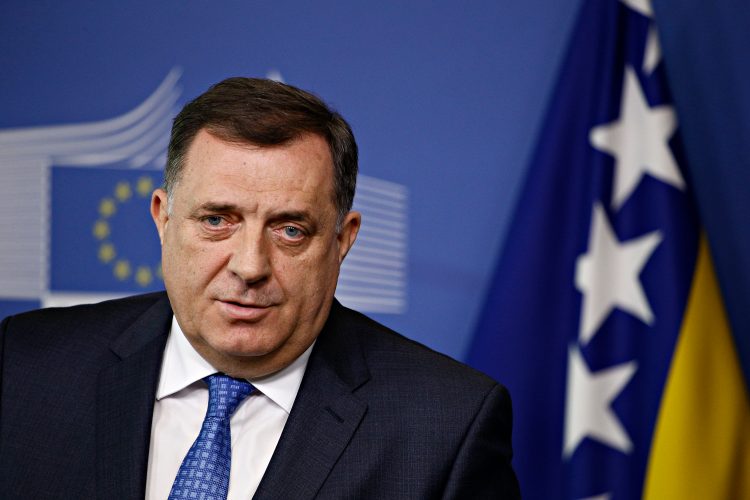 Bosnian Serb Presidency member Milorad Dodik called German Foreign Minister Annalena Baerbock passionate, during a press conference Monday, adding that she was out of touch with reality, and as such she was dangerous for global politics.

Dodik held a press conference after the session of his party’s leadership, the Alliance of Independent Social Democrats (SNSD) when he was asked about the potential EU sanctions that were being discussed in Brussels during EU Foreign Affairs Committee session where EU’s Foreign Affairs ministers will discuss potential sanctions against him.

“That passionate German Minister is out of touch with reality. Such unarticulated people are dangerous for global politics. She’s telling lies… and is completely unscrupulous against Serbs and the RS. Her policies won’t be supported, but let’s wait. I’m not her spokesman,” Dodik said.
He noted that the Serb-dominated entity of Republika Srpska will not accept any sanctions against it and that sanctions would only halt every single development project in Bosnia’s other entity – the Federation.

The Presidency member also said that the European Commission is selective in its work, adding that it is impossible to discuss the EU’s 14 reform priorities separately.

He then concluded that the Republika Srpska entity is stable with over 280,000 employed residents, a number that is higher than the number of pensioners in the entity by 10,000.