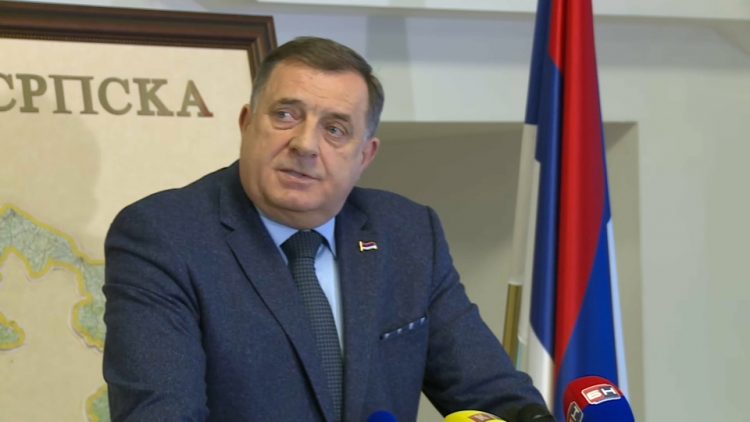 Bosnia Serb Presidency member Milorad Dodik said that the borders of Bosnia and Herzegovina were “severely violated” by the flights of Italian military planes over Banja Luka, the northern city located in Bosnia's Serb-majority region, adding that this is another proof that Bosnia and Herzegovina is an “international protectorate.”

He recalled of the announced flights of French planes over the territory of Bosnia and Herzegovina but that no other military planes were mentioned.

Dodik said the citizens read media reports on the flights that were in an “unknown mission and with an unknown intentions.”

Namely, the news portals reported that the ‘Flightradar24’ website showed a flight registered as IAM4188 Italy – Air Force circling over Banja Luka and the surrounding area after it took off from the airport near Catania at 6:37 am.

Dodik asked what was the purpose of the plane flying over the Krajina region, what data it was collecting and for whom.

“Is this an attempt to send a message to the people of Krajina amidst the war in Ukraine and months of political tensions in BiH?,” he added.

If various foreign planes can fly over the territory of Bosnia and Herzegovina in this way, Dodik said, than the matter of the “survival of the sovereignty of BiH is justified” and it poses “another confirmation about the country being the protectorate of the international community or some other organisations that act from the position of force.”

He also said the Presidency of BiH was not informed about this and it is not known to him whether anyone in BiH was aware of that.

“It is high time to stop behaving like this or to end such BiH,” Dodik added.