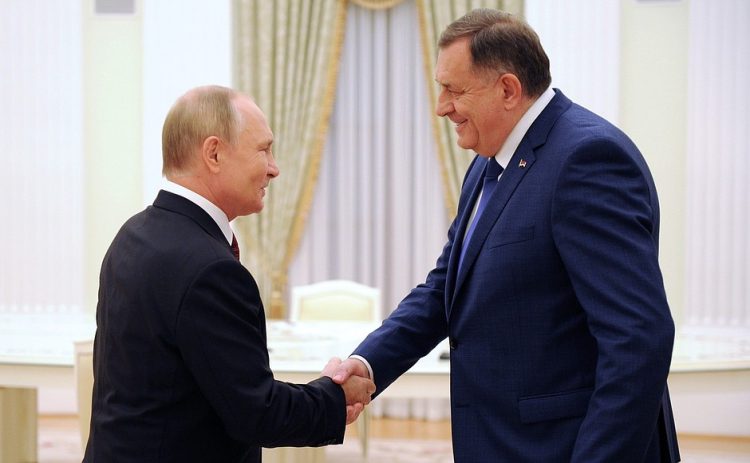 Dodik stated that Gazprom recently sent its representatives who determined the route and location for the two power plants.

Dodik said that Putin “knows that only one thing prevents the implementation of the project”, arguing that this is an agreement on the state level to build the gas pipeline.

Dodik said that he told Putin that he initiated the adoption of a decision on this matter during BiH Presidency sessions, but that the other two members of the Presidency did not want to put the issue on the agenda.

“We have an important investor for serious projects that solve our complete energy stability in the future, and they don't want to support it,” he stressed.
He added that he “would have talked with Putin about the biggest investment project in the Republika Srpska, if it weren't for the obstructions from Sarajevo”, which, as he says, “as it is, is trying to disable, prohibit and stop everything.”

Dodik said that, if the obstructions continue, he will not support projects anywhere in Bosnia and Herzegovina.

He said they also discussed the delivery of Russian gas.

“I asked the Russian president to provide us with the same treatment, conditions and quantities of gas for next year, but they haven't decided on that yet, they will decide in November or December. Putin said that he will convey his position and support for that approach to Gazprom and that we will probably have that approach next year,” Dodik said.