Dozens of migrants leave quarantine after testing positive for coronavirus 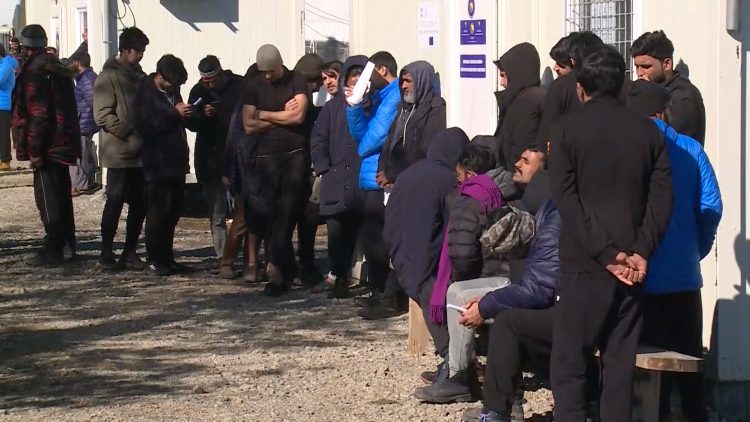 More than 50 migrants who tested positive for the new coronavirus left the quarantine facilities at the temporary camp near Velika Kladusa, Bosnia's northwest, healthcare authorities said on Tuesday.

Local media reported last weekend that at least 135 migrants at the Miral camp near Velika Kladusa were infected and were separated from other migrants in two rooms and one tent. But, some of them self-initiatively left the isolation.

“Fifty-five of them left ‘Miral’ regardless of quarantine,” said Nermina Cemalovic, the Health Minister of Una-Sana Canton, the northwestern region where the camp is located. “They simply left the camp and jumped over the fence.”

In two more migrant camps in the canton's urban zones, about 50 more migrants were positive for the coronavirus – 45 in the Borici camp and 11 in the Sedra camp, according to the USC Public Health Institute.

There are some 4,300 migrants staying in six camps in Bosnia and Herzegovina at the moment but the exact number of those staying in abandoned facilities is not precise.

“They are on the move. According to the latest data there is between 1,500 to 1,700 such migrants. The total in BiH is 6,000,” said Mirsad Buzar, deputy director of the Foreigner Affairs’ Service of Bosnia and Herzegovina.