Dzenan Memic's father: I can prove authorities tried to cover up my son's murder 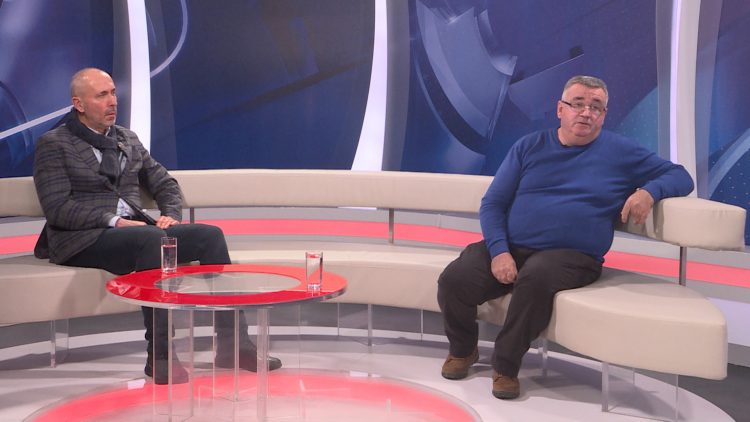 The truth behind the death of 21-year-old Dzenan Memic will finally be revealed and it will show that police and judicial officials in Sarajevo were involved in an attempt to cover up a murder, the father of the deceased young man, Muriz Memic, and his layer, Ifet Feraget, told N1 on Tuesday.

The body of the young man was discovered in February 2016 in Sarajevo.

The court initially ruled that Memic died after being struck by a car, but in a recent trial, those accused of causing the accident were cleared of responsibility.

Muriz Memic, was satisfied with the ruling because he never believed that his son's death was accidental. He is convinced that local authorities are trying to protect the murderer of his son.

State prosecutors are now looking into allegations of obstructions in the investigation of Memic’s death.

Sarajevo Canton police official Hasan Dupovac, as well as the father of Dzenan Memic’s girlfriend who was with him on the evening of his death, Zijo Mutap, were arrested on Monday in relation with those allegations.

Muriz Memic said he knows who the killer of his son is and that he is certain that whoever did it intended to do it.

“I was in the hospital, I saw Dzenan, the injury was brutal. They wanted to kill him,” Memic told N1.

Feraget said that he expected the case to last so long because there is an attempt to “cover up a murder.”

He said he is still not optimistic when it comes to how long the case will be ongoing because there are many obstructions in resolving it.

“There is still enormous pressure on judicial officials and witnesses. They come from politics, we know who these people are, we spoke about everything at the beginning, about who obstructed it from the beginning and why it lasted for a long time,” he said.

Alisa Mutap, who was Dzenan Memic’s girlfriend at the time of his death, is the “only and key witness of the murder” but was never questioned by prosecutors, he said.
He accused Mutap and her father of being involved in efforts to cover up the murder.

Feraget said that former Sarajevo Canton Chief Prosecutor Dalida Burzic spoke to Mutap and told her that whoever attacked Memic never intended to kill him but that it was a fight that escalated. Burzic, who is now a judge at the Court of BiH, should be removed from the judiciary and a disciplinary procedure to be initiated against her after the arrest of Mutap and Dupovac, he argued.

Feraget added that he has a lot more evidence regarding the case but that he will not reveal it due to the ongoing investigation.

Dupovac and Mutap were, according to Feraget, trying to “obtain items that have nothing to do with the crime,” including a vehicle, in order to use them as evidence and steer the investigation into another direction.

“The case of Dzenan Memic is marred by a number of destroyed, hidden and forged traces,” he stressed.

Memic said that his son was brought to the hospital too late and that he was dying on the street for an hour before he was admitted.

Both Memic and Feraget said they fully trust that Bosnia’s Chief Prosecutor, Gordana Tadic, will finally resolve the case.

When asked where he still gets his strength from to continue in his efforts to reveal the truth, Muriz Memic said: “from Dzenan.”

“They killed my child, but not my pride (…) Those who were conducting the investigation are now shaking,” he said.

“Dzenan was killed out of jealousy,” he stressed.