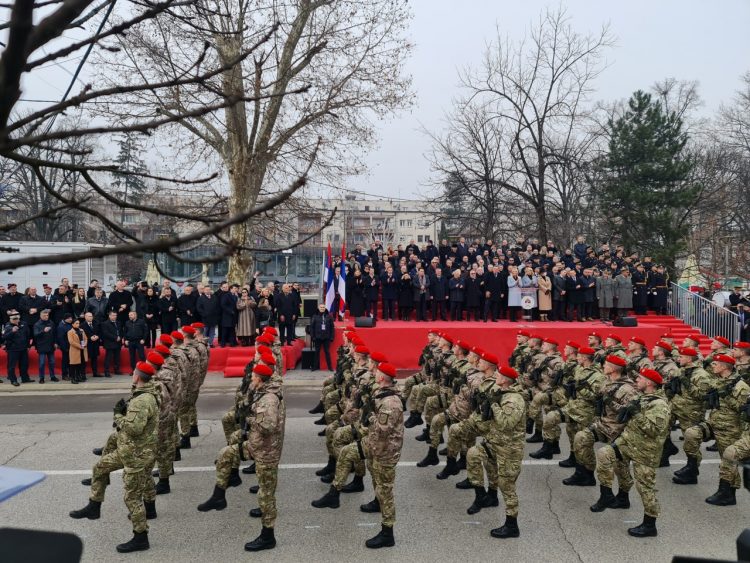 The EU firmly condemns the negative, divisive and inflammatory rhetoric used by Republika Srpska (RS) leaders during the celebrations of 9th of January this Sunday, the EU spokesperson said Monday.

Such rhetoric and actions have further heightened the tensions among communities throughout the country and are further escalating the ongoing political crisis. They jeopardise the stability and prosperity of the country and are in complete contradiction with its EU perspective, which can only be based on a single, united and sovereign Bosnia and Herzegovina. RS celebrations are also not in line with the BiH Constitution, as ruled by the Constitutional Court of Bosnia and Herzegovina.

NEWS
10. 01. 2022 0
The EU has repeatedly called upon RS leadership to disengage from such actions and rhetoric, and to resolve disputes through dialogue and legal means in State institutions. RS leadership should contribute to ending a worrying trend of hatred and intolerance. This must include putting an end to the glorification of war criminals and to denying or glorifying their crimes.

The EU also regrets the support brought by other partners to such demonstrations, which threaten regional stability and affecting good neighbourly relations.

The continued blockade of BiH institutions, the complete lack of constructive dialogue and the use of inflammatory rhetoric in public only lead to instability and delays in achieving reforms, which are important for the country and better life of its people.

“We therefore urge all leaders, including the leadership of Republika Srpska, to bring unacceptable divisive steps to an end and return in full to the work of State institutions.

We are committed to facilitating a dialogue that would contribute to removing obstacles to real progress on BiH’s European path for the benefit of all citizens and the country. Should the situation further deteriorate, the EU disposes of a wide toolbox, including the existing EU sanctions framework, and a review of the overall EU assistance,” the statement from the EU's Peter Stano said
.