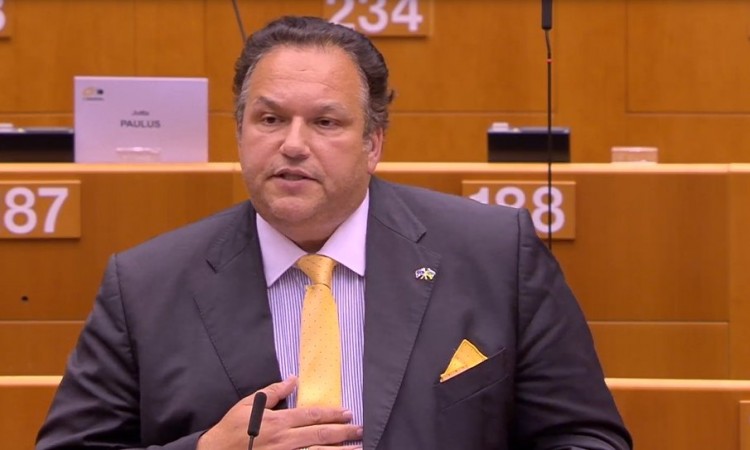 Bosnian Serb Presidency member Milorad Dodik’s divisive rhetoric and secessionist politics are not only threatening the stability of Bosnia, but the entire Western Balkans, The Chairman of the European Parliament Delegation for Cooperation with Bih and Kosovo, Romeo Franz said, Fena news agency reported on Friday.

During a meeting in the European Parliament with the Bosniak member of the BiH tripartite Presidency, Sefik Dzaferovic, he discussed the current political and security situation in BiH, expressing unconditional support to the country’s integrity and sovereignty.

“I strongly condemn Milorad Dodik’s divisive politics from the Republika Srpska entity and I urge him to stop his blockades and secessionist activities with the aim of destabilizing and finally splitting the state of Bosnia and Herzegovina. I urge him to respect the Dayton Accords, and thus the state-level competencies in the areas of justice, military, taxes, telecommunications and the border police, to name just a few,” Franz said in a statement.

After a meeting, He pointed out that Dodik's actions threaten not only Bosnia and Herzegovina but also the entire Western Balkans, as well as the European Union.

He warned that such activities run the risk of spiralling out of control, which could lead to conflict. This cannot be in the interest of the EU and its institutions.

The EU Parliament’s Delegation Chairman reiterated that the other signatories of the Dayton Peace Agreement, Serbia and Croatia, must adhere to what they have signed.

“It is obvious that certain political forces in the EU member state, Croatia, have a potentially destabilizing agenda in relation to BiH. This is absolutely unacceptable,” Franz said.

He also accused Russian President Vladimir Putin of raising tensions, trying to destabilize the EU in every way, using his leverage with President Lukashenko in Belarus, President Vucic in Serbia, and even with some EU member states.

Therefore, Franz warned that the EU must act straight away.