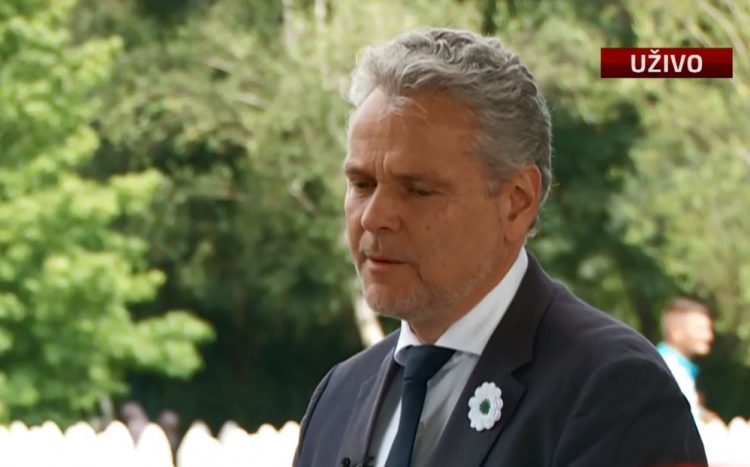 Johann Sattler, the Head of the European Union's Delegation in Bosnia and Herzegovina, said that the failure of the Bosnian Council of Ministers to declare July 11 the day of mourning in the country is "a slap in the face" of the families who are burying their loved ones today.

Speaking to N1's reporters in Potocari, Sattler said he was there to pay respects to the genocide victims and their families, noting that the EU representatives were clear in admitting the responsibility of Europe for not being able to prevent the Srebrenica genocide.

“There is one lesson – never again and never forget,” said the EU's ambassador in BiH.

As for the fact that Bosnian Council of Ministers failed to declare July 11 the day of mourning in the country and that Serb member of BiH's tripartite Presidency Milorad Dodik instructed Bosnian ambassadors from the Serb-majority region Republika Srpska not to lower the flags at half-mast on this day, Sattler said such messages were unacceptable.

“It's a slap in the face of the families who are burying their loved ones today,” he said.

He reminded that one of 14 priorities on Bosnia's path to the EU candidate status set by the European Commission's Opinion was reconciliation.