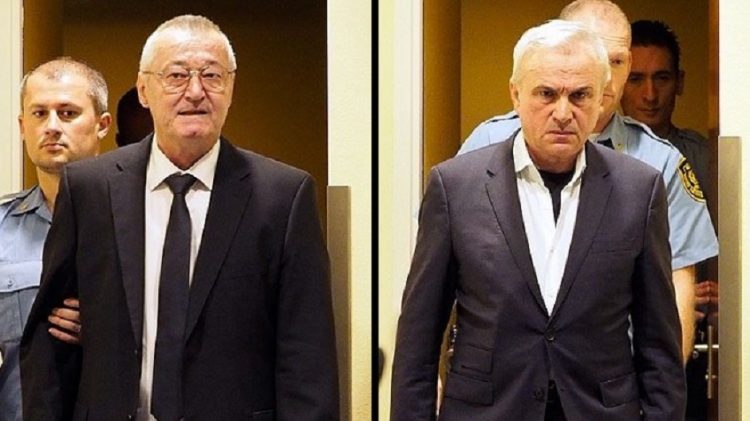 The International Residual Mechanism for Criminal Tribunals (IRMCT) in The Hague ruled that former top Serbian security officials, Jovica Stanisic and Franko Simatovic, are guilty of aiding and abetting the war crimes committed in Bosnia and Croatia between 1992 and 1995 and sentenced each of them to 12 years in prison.

Judges Burton Hall, Joseph E. Chiondo Masanche and Seon Ki Park handed down the verdict of the retrial on Wednesday.

They stood accused of participating in a joint criminal enterprise led by the then-president Slobodan Milosevic from April 1991 to December 1995, with the goal to remove the majority of Bosniaks and Croats from parts of the territories of Bosnia and Herzegovina and Croatia.

According to prosecutors, who requested a life sentence for the two, this included crimes against humanity and violations of the laws and customs of war – murder, deportation and forcible transfer of Bosniaks and Croats.

The two were initially acquitted of all charges by the International Criminal Tribunal for the former Yugoslavia (ICTY) in 2013 but the verdict was overturned two years later.

Their retrial at IRMCT, which inherited the cases of the ICTY, began in 2017.