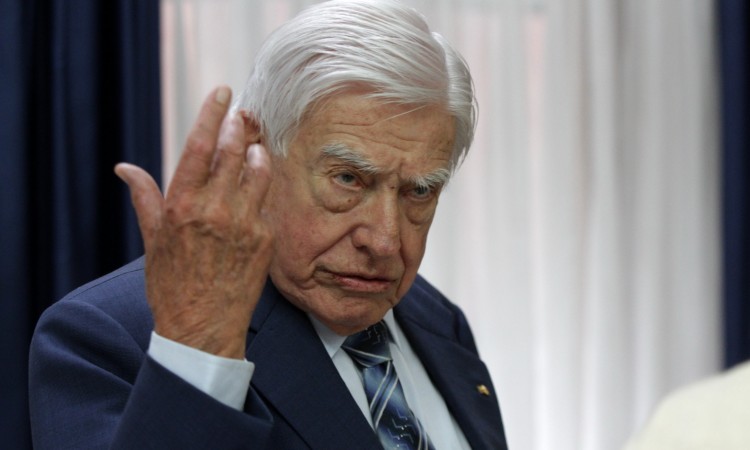 Serb member of Bosnia's tripartite Presidency Milorad Dodik has crossed a “red line” and is jeopardising the survival of Bosnia and Herzegovina, said former international peace envoy Christian Schwarz-Schilling, stressing that the international community must swiftly and resolutely intervene in order to stop Dodik on his path that poses a threat to the peace in the region.

In a commentary for Deutsche Welle titled ‘Wake up Europe!” Schwarz-Schilling said that the sanctions on Dodik imposed by the US in 2017 gave no result and now the European Union needs to join those measures.

The EU's “appeasement policy” towards Bosnia, according to Schwarz-Schilling who served as the High Representative in Bosnia from 2006 to 2007, brings nothing good and the ongoing talks on electoral reform mediated by the EU and the US are the best proof of that.

He warned that the US’ Matthew Palmer and EU's Angelina Eichhorst are trying to carry out an electoral reform in Bosnia in a “very non-transparent” way and under a pressure. Schwarz-Schilling wonders how come this issue has become a top priority at the moment of the most serious crisis since the end of the war.

The German diplomat deems it is necessary to first deal with the changes to the Constitution and remove discriminatory provisions that were identified by the European Court of Human Rights (ECHR)'s rulings. It is of utmost importance to stabilise the country but without giving up on democratic values, while an electoral reform that leads to further ethnic-based divisions would only further jeopardise the stability, he added.

Schwarz-Schilling noted that whatever is happening at the moment is only encouraging Dodik to resume the implementation of secessionist plans for which he enjoys the support of Russia and China as well as Serbian President Aleksandar Vucic.

He recalled that the plan of creating the Greater Serbia in the 1990s resulted in 2.5 million refugees and deaths of 100 thousand people , and he stressed that this plan still lives and is more present than ever.

He also criticised the neighbouring countries, stressing that “nationalist governments of Croatia and Serbie” have never entirely given up on the division of Bosnia and Herzegovina.

Schwarz-Schilling urged the EU, the United Kingdom, and the US to act urgently and stop “the catastrophe” that Bosnia and Herzegovina is heading to.