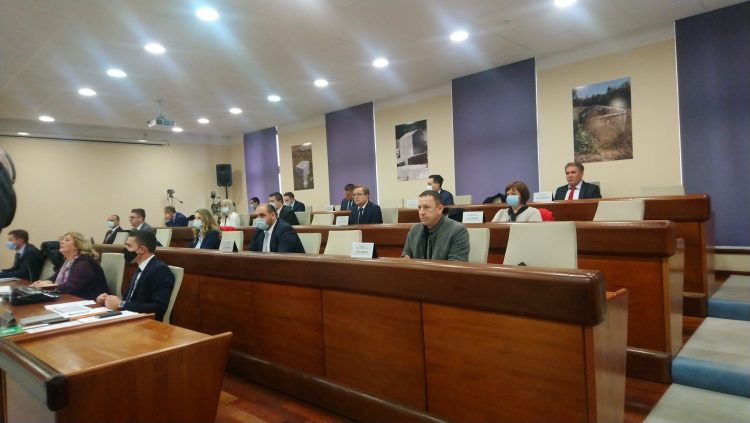 Bosnia’s international administrator has decided that the process of electing the mayor in Mostar’s City Council will be conducted through a secret vote, the head of the Party of Democratic Action (SDA) in the city, Salem Maric, told N1.

High Representative Valentin Inzko, who is tasked with overseeing the civilian implementation of the 1995 Dayton Peace Agreement, which contains Bosnia’s Constitution, made the decision on Monday.

It practically means that Inzko decided that the first round of voting for the mayor of Mostar in the City Council, which was public, should be annulled and that it will be repeated by secret vote.

Inzko welcomed the fact that democracy has finally been reestablished in Mostar, which in December 2020 had its first local election in 12 years after the ruling parties in the city, the SDA and Bosnia's Croat Democratic Union (HDZ BiH) finally reached an agreement on how to implement a 2010 decision by the Constitutional Court regarding the election law for Mostar.

Inzko said, however, that he was “forced to intervene to remind city councillors that the mayoral election will have to be conducted in accordance with the Statute of the City of Mostar, and in particular in accordance with paragraph 1 of Article 36 of the Statute, which provides that elections to the City Council are secret unless otherwise determined.”

He reminded that he had previously clearly expressed his opinion regarding the application of this provision in a 2009 decision.

The Austrian diplomat emphasized that “it is imperative that the newly established City Council restores the citizens’ trust in this electoral body” and that “it is vital to respect the rule of law and ensure that key bodies and officials such as mayors are elected in accordance with the Statute of the City of Mostar, ensuring not only democratic legitimacy but also the legality of his function in order to prevent future legal disputes before the courts.”

“As the final authority in the country regarding the interpretation of the Agreement on the implementation of the civilian part of the Peace Treaty, I call on you to take the necessary steps to remedy this situation by repeating the current procedural steps governing the election of the Mayor of Mostar, including the first round of voting for the mayor, and in this way to harmonize the election procedure fully with the Statute of the City of Mostar, and especially with paragraph 1 of Article 36 of the said Statute,” Inzko said.

“Respect for the rule of law best serves the interests of the citizens who elected you to these important positions. The citizens of Mostar deserve a mayor who enjoys support and legitimacy, which can only be achieved if that person is elected in accordance with the Statute of the City of Mostar,” he said.

The new City Council of Mostar held its first session last week where it elected its leadership and formed the clubs of representatives of constituent peoples in the body.

The mayoral vote was, however, postponed to February 10th.

The constitutive session of the City Council was stopped before the second round of voting in the mayoral vote after the councillors of the Coalition for Mostar, led by the SDA, left the session and demanded that it be adjourned.