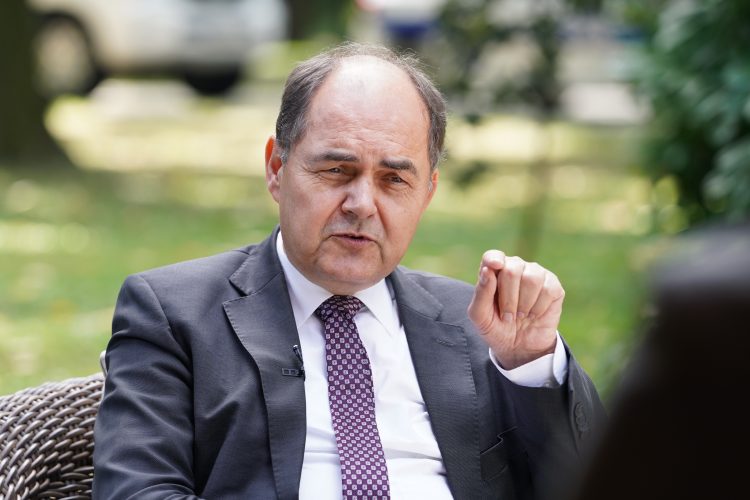 International community’s High Representative to BiH Christian Schmidt said he expects politicians from Bosnia’s Republika Srpska (RS) entity to return to work in BiH state institutions, noting that it is an obligation of all those elected by people to work for the benefit of the people.

“I’m quite certain they’ll return to state institutions where they’ll express their political attitude. If not, then who will they hold hostage? The people – young and old, all those expecting an improvement of the circumstances they live in,” Schmidt told Serbian Politika daily.

Speaking about the decision of Bosnian Serb politicians not to participate in the work of BiH institutions until the Law on Prohibition of Genocide Denial is withdrawn, Schmidt said that there are some possibilities for cooperation, not through public statements, but by “working on issues that need to be resolved.”

He noted that the Open Balkans initiative accelerates cooperation in the region, and assessed that it would be best if the number of participants could be increased from three to six countries, by adding Montenegro, Bosnia and Kosovo.
Schmidt added he would suggest that this should not be understood ideologically, but as joint work on the preparation of all those countries for membership in the European Union.

“Well-used initiatives could pave the way for economic success for all,” Schmidt said.