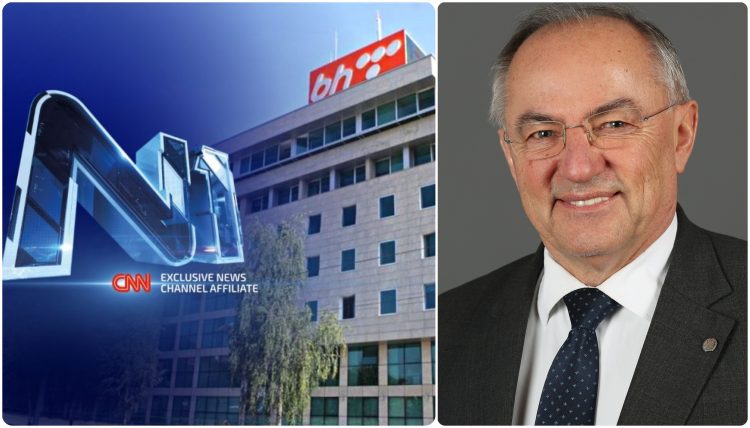 Josip Juratovic, a member of the German Bundestag and president of the parliamentary group for relations with the countries of the Western Balkans issued a press release noting that Serbia and Bosnia are obvious, textbook examples of what it looks like when the media are held captive in a locked society because "there is a noticeable absence of any criticism of the government," which is evident in the example of the attack on the N1 BiH.

In the text titled “Why do the Balkan autocrats in Serbia and Bosnia and Herzegovina hate the informational TV channel N1 so much,” the German MP states that one cannot observe the freedom of the press separately from human rights, including freedom of expression, fair judiciary, and the right to assembly, because “it is the freedom of the media that defends other human rights and they are of key importance in the EU accession processes.”

“Freedom of the press is a special right that brings all other rights into order or not if such freedom is lacking, as is the case in Serbia and Bosnia and Herzegovina, where all the media are controlled by people close to the government, i.e. the ruling party, and almost all television stations with national frequency are under [their] control, and the only the independent television station in Serbia and Bosnia and Herzegovina – N1 which was pressured by the ruling parties, was prevented from broadcasting on national frequencies,” said Juratovic in the announcement.

According to him, the Serbian Progressive Party – SNS (Serbia) and Democratic Action Party – SDA (BiH) used the same matrix, which justified the non-extension of the contract with economically unacceptable demands to N1, simply to completely extinguish them, because they would not be able to cope with competition in the market, under such conditions.

“The number of excellent journalist professionals working at N1 BIH and N1 Serbia exceeds 250. They perform their calling in a truly professional and impartial manner, daily exposing themselves to the media lynching of non-democratic politicians who do not even hesitate to criticize N1 broadcasts and journalists in parliaments, with almost no opposition because the lack of free media destroyed it,” he pointed out.

Juratovic argued that hundreds of thousands of viewers in BiH were left without the most watched channel – N1, on September 1, 2022, due to the non-renewal of the contract with BH Telecom's management, whose manager is a member of the ruling SDA party, and who, in a similar manner as in Serbia, offered N1 to broadcast its programme for free, knowing that they cannot accept such a deal because they [N1] are not paid externally by other countries.

“Serbia and Bosnia and Herzegovina are obvious, textbook examples of what it looks like when the media is held captive in a locked society, because there is a noticeable absence of any criticism of the government, and even if there is some, it is immediately attacked and eliminated. Inappropriate labelling of the media and journalists promotes an unstable environment. This lack of freedom is an expression of the absolute lack of freedom and captivity of the entire society and an expression of absolute power, which they perceive as the ability to control everything in society, in the crudest sense of the word,” the German politician and president of the parliamentary group for relations with the countries of the Western Balkans in the German Bundestag, Josip Juratovic, concluded.