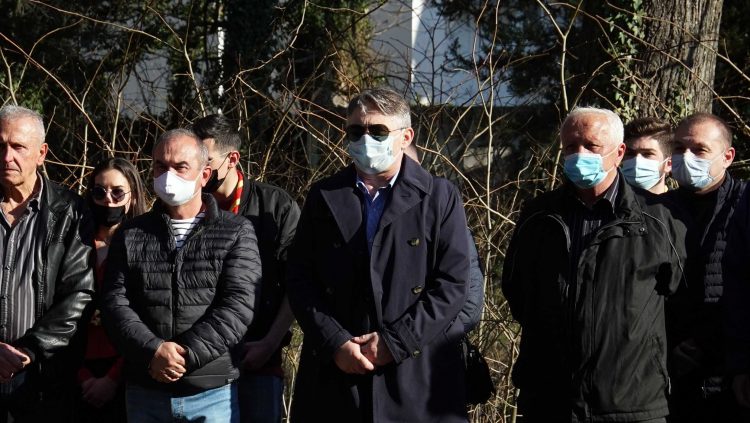 BiH Presidency Member Zeljko Komsic said on Sunday in Stolac that changes to the Election Law in BiH must not lead to further reinforcement of ethnic divisions, which, as he says, is the policy of the Croat Democratic Union (HDZ BiH) and the official Zagreb.

“We must not go into further cementing ethnic complexes through amendments to the Election Law, which is what the politics of the HDZ BiH and official Zagreb want, as far as we can see. Therefore, that cannot happen, nor will it happen, as long as I and the Democratic Front, and the people who share our opinion, are in power,” Komsic said.

On the occasion of marking the Independence Day of BiH, Croat Presidency Member Zeljko Komsic was in Stolac Sunday where he participated in a panel discussion on “Significance of March 1 for Bosnia and Herzegovina” and laid flowers at memorials in front of the Bone Hospital, then fallen fighters of the Yugoslav People’s Liberation War (NOR) and victims of fascism and fallen members of the Army of the Republic of Bosnia and Herzegovina.

In a statement for the press, Komsic noted that he would visit other cities and municipalities in BiH, on the occasion of Independence Day.

Independence Day is observed on only one part of the country, the Bosniak-Croat shared Federation (FBiH) entity, while the other Serb-dominated Republika Srpska (RS) entity as well as the Serb Presidency member Milorad Dodik, do not recognise March 1st as a holiday or a date of any significance.