Komsic: Merkel’s Office confirmed – no change in policy towards BiH 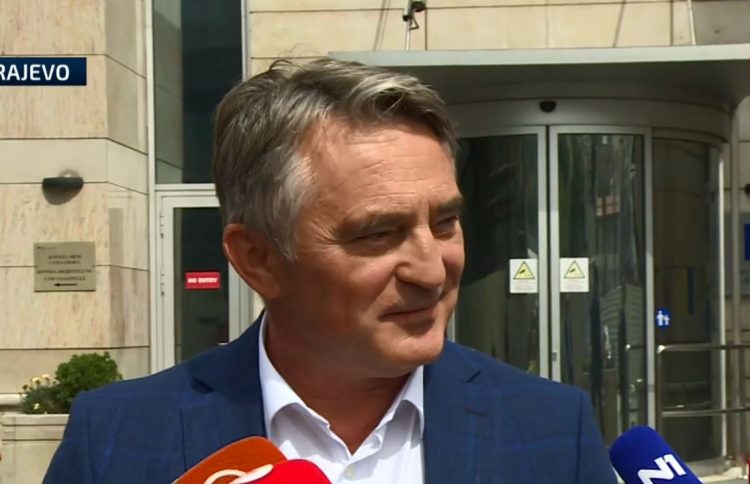 Germany is not changing its policy towards BiH in relation to the statement made by their Government on May 6, regardless of the statements of the High Representative in BiH Christian Schmidt, said Zeljko Komsic, the chairman of the BiH Presidency on Wednesday after meeting with EU ambassadors to BiH.

Komsic said that they sent the BiH Ambassador to Chancellor Angela Merkel's Office on Tuesday and asked a specific question “whether Christian Schmidt's statement represents a change in German policy compared to the statement made on May 6 this year by the German Government.”

Earlier this week, Bosnian media reported that Schmidt spoke at a press conference in Germany regarding Bosnia’s Electoral Law and the proposed amendments. He said that Bosnian Croats who are further reduced by emigration felt insufficiently represented in the “complicated state structures.”

“Croats must be given the opportunity to feel represented, not to end up with, say, some form of boycott of the elections,” Schmidt said.

Speaking about the meeting in the building of the EU Delegation to BiH, he said that most of the talk was about the blockade of the work of BiH institutions by politicians from the Republika Srpska (RS) entity and the election legislation in the 2022 elections.

“I told my interlocutors that I would sense their opinion through their questions, ie the policies of EU member states. Most questions were about the current political crisis in terms of blocking the BiH institutions and reforming the election legislation. There was a question of how we comment on the High Representative's statements. What Mr Schmidt said, may sound strange to you, but we knew it from before. A problem arose because he took sides with that statement, because as soon as you defend the political views of one side in BiH, then we are in trouble. Schmidt faced that reaction. Some terrible statements were also heard concerning Sarajevo and an entire people in this country during that gathering. Do not forget that there are such views in certain circles in Europe. I reacted in the same way as yesterday,” said Komsic.

He said he told ambassadors that “Sarajevo has always been a predominantly Bosniak city, but that this has never stopped it from being a multinational, multi-religious and multicultural city.”

He stressed that none of the representatives of the international community had changed their policy towards BiH and that they are not giving up on the country.