Large amount of unregistered firearms in Bosnia and Herzegovina 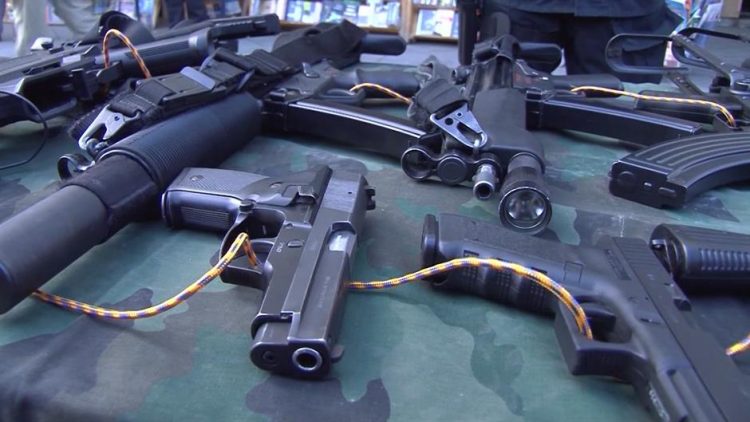 Although it has been thirty years since the war in Bosnia and Herzegovina, there is still a large number of unregistered firearms in the country but authorities manage to find and confiscate only a minor share, the police and security agencies in BiH and from abroad have found.

According to data collected and processed by the government's coordinating committee for small arms and light weapons, in 2021 there were 320,000 pieces of various weapons registered in the country.

Of that number, more than 195,000 pieces are in the possession of people living in the Federation entity, the citizens of the country's Republika Srpska (RS) entity possess 125,000 pieces and the remainder or 3,700 are registered in the Brcko District, the Banja Luka-based Nezavinse Novine daily reported on Monday.

Authorities can only try and guess how many weapons are still hidden and were never registered after the war while state police agencies in the country managed to confiscate only 63 pieces of weapons in 2021. It is estimated that joint raids conducted by the entity and cantonal police forces in the Federation (FBiH) entity did not manage to confiscate more than 1,400 weapons.

Reliable information however indicates that in 2021, 28 people were killed in various incidents and another nine committed suicide with firearms.

The Small Arms Survey organisation from Geneva collects data on the possession of weapons in almost all the countries in the world and makes estimates of the possession of illegal arms. According to the organisation's information for the year 2018, BiH is among the countries with the most firearms as it is estimated that in addition to registered weapons, there are some 820,000 unregistered weapons in the country.

That would indicate that there are 1.185 million pieces of various firearms in BiH, which is more than 30 per 100 citizens.

Police agencies in the country possess less than 30,000 weapons.

In addition to that, BiH has the problem of a complex internal organisation because arms possession is regulated by as many as 12 laws at various levels of government that are not mutually harmonised, and efforts to align them with EU regulations have been ongoing for years.