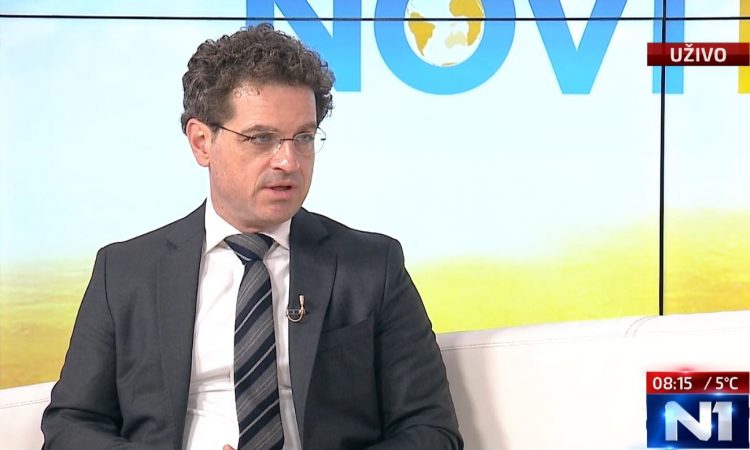 Nedim Ademovic, attorney and constitutional law expert, said that Bosnia and Herzegovina is under attack and that Milorad Dodik, Bosnian Serb leader, has been preparing this attack together with a larger group of people. According to him, the secession of the Serb-dominated entity Republika Srpska is already underway.

Speaking to N1, ahead of Bosnia Statehood Day which is marked on November 25, Ademovic said that the country is going through turbulent period and that its statehood is barely seen.

“BiH is under attack but we don't feel it that way, because everyone hopes that this crisis will be solved on a diplomatic level. The fact is that the secession is underway. We still don't know if the official authorities of the state see this as an attack, but Bosnia's Prosecutor's Office should have reacted long ago,” he stressed.

The expert believes that Dodik has been preparing the attack with a larger group of people and that Dodik's SNSD party has been used as an organisation to conduct criminal activities.

“It wasn't for no reason that a group of prosecutors demanded a case within BiH Prosecutor's Office, due to suspicion of one or more criminal activities. They are currently carrying out the process of secession through the institutions of RS, its separation from Bosnia's legal system, as they deny sovereign competencies of the state that should be in effect on its whole territory,” added Ademovic.

According to him, there is a ground for Dodik to be summoned to the Prosecutor's Office but that this institution is yet to decide on that.

“In any case, the secession has already started,” he underlined.

As for the international community's reaction, Ademovic deems that they will focus on SNSD's defeat in the election, “so that Milorad Dodik and this group of people are politically isolated.”

“Only then it will become possible to start the legal battle against this group of people who attack the state of BiH,” he added.