Members of US Congress to Blinken: We must send strong signal to Western Balkans 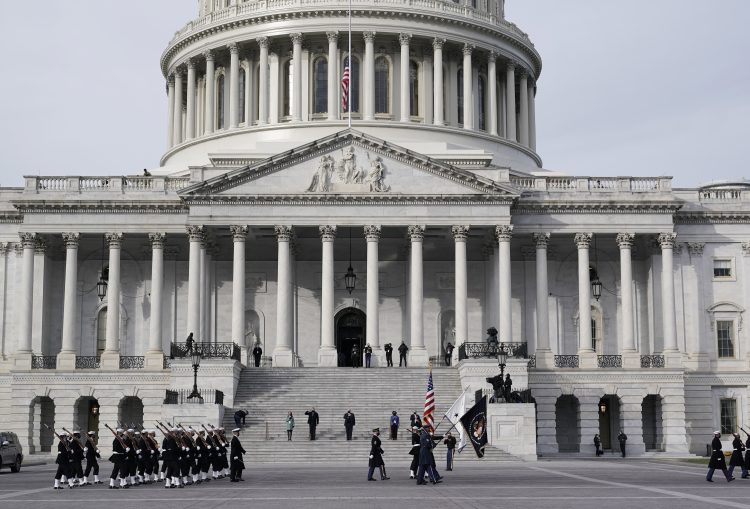 The United States “needs to send a strong signal to the Western Balkans and the rest of the world that we stand ready to robustly support democratic values and promote this region's role as a strategic partner in the transatlantic relationship,” a group of US Congress members said in a letter to US State Secretary, Antony Blinken.

“We write today to call on the Biden administration to increase its diplomatic engagement in the Western Balkans and redouble its efforts to consolidate democracy and promote the integration of the Western Balkans into western Europe. Given Russia's unprovoked and unlawful invasion of Ukraine, it is more important than ever that the U.S. deepen its engagement and involvement in the region. Full integration of the Western Balkans into the transatlantic community should be a priority for the U.S. as we look to solidify our alliances across Europe and push back on the spread and influence of autocratic regimes, including that of Russia and China”, the letter begins.

As the world watches Russia’s unlawful invasion of Ukraine unfold, it is more important than ever for the U.S. to deepen its engagement in the Balkans. Today I led a letter with my colleagues urging @StateDept to demonstrate our readiness to support democratic values abroad. pic.twitter.com/c0FVz7iEYI

“Across the Western Balkans, Russia and China are promoting authoritarian and anti-democratic narratives. Coupled with the prevalence of divisive rhetoric from some political leaders in the region, hard-won democratic gains are under extreme threat. For example, in mid-January, the UN High Commissioner for Human Rights and the OSCE Mission to Bosnia and Herzegovina raised concerns about actions and rhetoric prevalent in Serbia and Bosnia and Herzegovina that glorify convicted war criminals could incite renewed violence,” it says.

The members of the US Congress pointed out that, specifically, the threat by the Serb member of Bosnia’s tripartite Presidency, Milorad Dodik, to withdraw the country’s Serb-majority Republika Srpska (RS) entity from state institutions “presents a major threat to the Dayton Agreement and Bosnia and Herzegovina ‘s viability as a state.”

“Serbia's nascent democracy continues to be challenged by weak separation of governmental powers, an imbalance of political representation, and polarised media. Furthermore, non-normalized relations between Serbia and Kosovo jeopardise the stability of the broader region and demand immediate attention,” the letter says.

“Equally concerningly, democratic instability is allowing malign influences from Moscow and Beijing to gain ground in the Western Balkans, and threatening years of international work to support resilient democracies. Data from the National Democratic Institute's 2021 regional poll of the Western Balkan nations found almost uniformly negative trends since 2018 regarding assessments of the state of democracy in the region and citizen perceptions of foreign actors,” it says.They pointed out that “such trends are allowing illiberal narratives to take deeper root.”

“Across Albania, Bosnia and Herzegovina, Montenegro, North Macedonia, Serbia, and Kosovo, large portions of the population do not connect their quality of life with democracy or associate improvement of the quality of their lives with the European integration process. These trends reaffirm the same beliefs expressed in data from the International Republican Institute from 2020, where the majority of respondents in Bosnia and Herzegovina, North Macedonia, Montenegro, and Serbia also had negative views on the state of democracy in their countries and were afraid to openly express their opinions.”

They also stressed that hesitation by some EU member-states to admitting new members has “boosted Euroscepticism throughout the region” and that there are indications that some citizens are willing to “sacrifice democracy for a “quick fix” to improve their economic situation.”

“To combat these trends, we believe the U.S. needs to send a strong signal to the Western Balkans and the rest of the world that we stand ready to robustly support democratic values and promote this region's role as a strategic partner in the transatlantic relationship,” they wrote.

The Congress members who signed the letter then laid out key areas they believe the US should focus on:

– Increase Investment & Regional Integration: Stronger U.S. investment in the region is critical to safeguard various governments’ stability along with democratic principles. This will help counter Russian interference as well as China's involvement in major infrastructure projects and investment into key industries, including communication and next-generation technologies. The U.S. should urgently develop a meaningful investment strategy supporting both next-generation technology and green energy investments.

– Support Greater Engagement to Encourage EU Accession: To solidify and protect these long-term investments the U.S. should focus on working with relevant stakeholders where appropriate to facilitate the EU accession process and promote greater regional stability. Both North Macedonia and Albania have completed the necessary work and belong in the European sphere. Continuing to stall on this process will only allow malign actors to take advantage of this uncertainty and cause greater integration in issues in the region.

– Promote the Dialogue between Kosovo and Serbia: Fourteen years after Kosovo's declaration of independence, it is time for Serbia and Kosovo to reach an agreement on normalising their relations. Through increased U.S. and European engagement and investment, as well as a public persuasion campaign to shift the hardening attitudes in both countries, progress is possible in resolving outstanding issues. Securing a comprehensive agreement will help spur regional integration and combat malign foreign influences.

– Bosnia and Herzegovina: Bosnian Serb leadership continues to pursue secessionist policies that are antithetical to the Dayton Peace Agreements and raise tensions among Bosniak, Croat, and Serb communities, potentially resulting in violence that could be hard to contain. The U.S. has taken action against Bosnian Serb leader Dodik, imposing sanctions for his destabilising actions. But the international community, in particular the U.S., must push harder for a resolution that respects the Dayton Peace Agreement and is responsive to the full slate of political, economic, and social interests of Bosnia and Herzegovina's citizens.

Citizens across Bosnia and Herzegovina appear to prioritise peace and economic opportunity above all else and the U.S. should utilise this sentiment, in cooperation with our allies and partners in the region, to find a pathway that will involve all citizens, irrespective of ethnic identity.

– Democratisation assistance: Across the Western Balkans, countries continue to experience difficulties reducing government corruption, maintaining safeguards for human rights, and building viable political stability to accommodate their multi-ethnic societies. To meet this challenge, the U.S. government should increase assistance for democratisation, with a focus on accountable, transparent and inclusive governance in the region to support important development and reform efforts in these areas.”

“After two decades of underrealized investments in the Western Balkans, the U.S. goals of peace and prosperity for the region require a redoubling of effort. The alarming trends outlined above, in particular foreign malign influence, demand more forceful action, especially in the face of the stalled EU enlargement process and unprovoked Russian military attacks on Ukraine. The U.S. needs to send a strong signal to the Western Balkans and the rest of the world that we stand ready to robustly support democratic values and promote this region's role as a strategic partner in the transatlantic relationship,” they wrote.

“We greatly appreciate your swift attention to these matters and look forward to working with you to develop a greater focus on this strategic region,” the letter says.