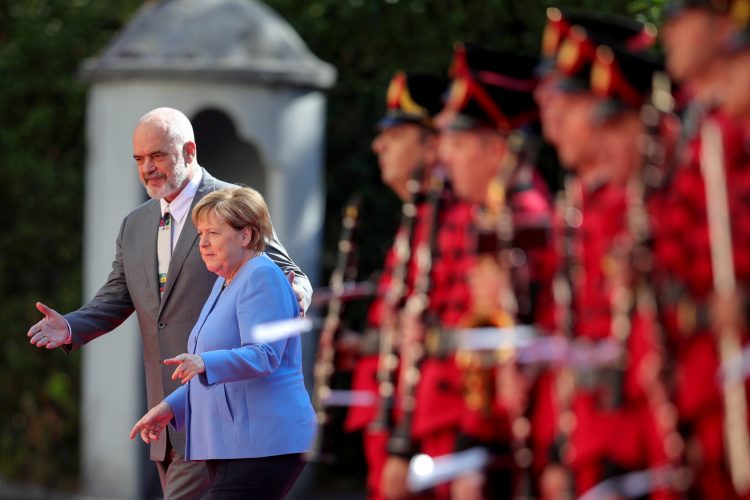 Montenegro is the most advanced country in the Western Balkans as a candidate for the full European Union membership, the outgoing German Chancellor Angela Merkel has told Montenegro’s Prime Minister Zdravko Krivokapic and other regional leaders in Tirana on Tuesday.

According to Podgorica’s Government statement, during the second day of Merkel’s farewell tour of the Balkans, the main topics in the talks were regional cooperation and mechanisms for its improvement.

On Monday, she spent the day in Belgrade and left for Tirana on Tuesday morning.

The statement added that the need for further work on the Berlin Process as one of the most important diplomatic initiatives since 2014, attributed to Merkel and aiming at the European Union enlargement, was underlined.

The Western Balkans countries are expected to commit to internal reform processes so that the EU integration can proceed faster and more intensively, Montenegrin Government said.

It quoted Krivokapic as thanking Merkel for her recognition of his government’s reforms and its European commitment.