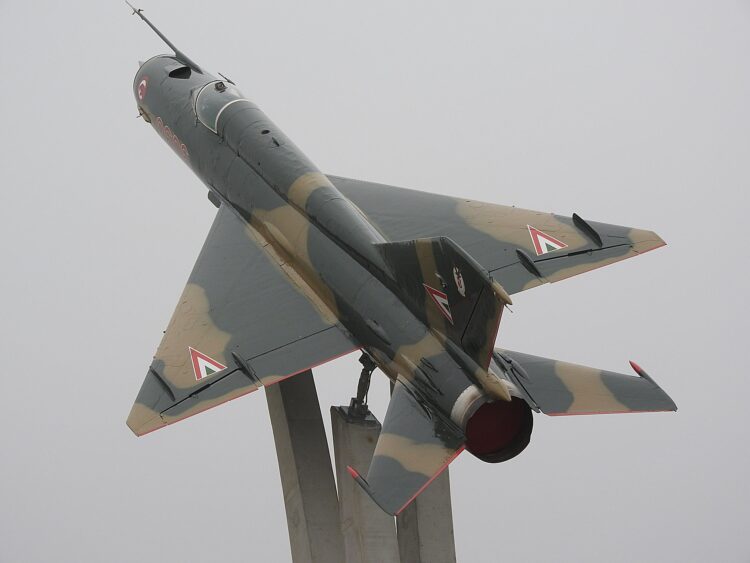 The crash of an MiG-21 fighter jet that fell near Slatina in northeastern Virovitica-Podravina County at about 2 p.m. on Tuesday is the third serious aviation accident in peacetime over the past two and a half years.

The Ministry of Defence reported that the MiG-21 crashed during an announced training flight on an uninhabited forest area near Slatina and that “all measures and actions have been taken with the aim of finding and rescuing the crew”.

According to the media, the aircraft was a two-seat MiG-21 fighter jet and both pilots ejected from the jet. One pilot was immediately found, while the second pilot was later found.

In 2020, there were two serious military aviation accidents in which four officers of the Croatian Air Force were killed.

During a terrain flight on 27 January 2020, a Bell OH-58D Kiowa Warrior helicopter crashed near Zablace into the Zlarin Channel. Major Marin Klarin was killed when the helicopter crashed into the sea, while the dead body of First Lieutenant Tomislav Baturina was found a day later after an intensive search.

In May 2020, First Lieutenant Marko Novkovic and Second Lieutenant Luka Jagatic were killed in the crash of a Zlin 242 L trainer aircraft at Biljane Donje near the coastal city of Zadar.

Eight years ago, on 5 August 2014, a MiG-21 fighter jet fell at Donja Lomnica near Velika Gorica. The aircraft was piloted by Stanko Hrzenjak, who successfully ejected from the jet.

According to the pilot, the crash was caused by a hydraulic system failure and an engine explosion.

Two such aircraft collided during a military exercise near Slunj on 23 September 2010. The commission that investigated the crash of the two MiGs said in February 2011 that the collision occurred during a firing exercise due to a series of unfavourable circumstances, notably bad weather conditions and the lack of experience of the pilots.

MORH confirmed at the time that an elderly woman on the ground was injured by the debris and was taken to the hospital, where she underwent surgery on her upper arm. The pilots Igor Troselj and Marijan Kudlik ejected from the jets before the collision.

In August 1996, pilot Ivan Bosnar was killed in a MiG-21 crash near Velika Gorica.

In April 1995, during an exercise at the Gasinci range, a MiG-21 piloted by Zlatko Mejaski crashed, and the pilot was killed.