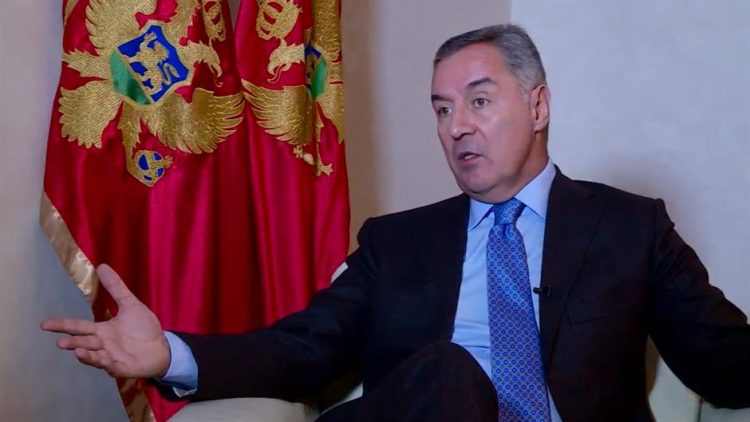 Montenegrin President Milo Djukanovic said on Sunday afternoon that the enthronement of the Serbian Orthodox Church bishop for Montenegro in a monastery in Cetinje had been conducted with the use of force which he condemned in the strongest terms.

We could see a huge disgrace of the SPC and Montenegro's government, Djukanovic said adding that the state resources of Montenegro, primarily its army and police, were misused by the government that resorted to force to enable Bishop Joanikije's enthronement in Cetinje.

He also accused the government of excessive force against peaceful protests.

Joanikije's inauguration was held in a monastery in Cetinje on Sunday morning despite protests of several thousand Montenegrins who set up barricades at the access roads to this historical capital and held protest rallies in downtown Cetinje.

Patriarch Porfirije, Bishop Joanikije and a group of bishops and priests left the Montenegrin capital Podgorica by bus to travel to Cetinje but were turned back by police citing security reasons.

Later, Porfirije shared the footage on Instagram of his and Bishop Joanikije's arrival in Cetinje by helicopter and they used this mode of transport to avoid Montenegrin demonstrators who were protesting in the streets and around this Montenegrin city.

Djukanovic said in his press release that this was actually “a landing operation” unbecoming of religious dignitaries who were escorted to the monastery under the protection of bullet-proof blankets.