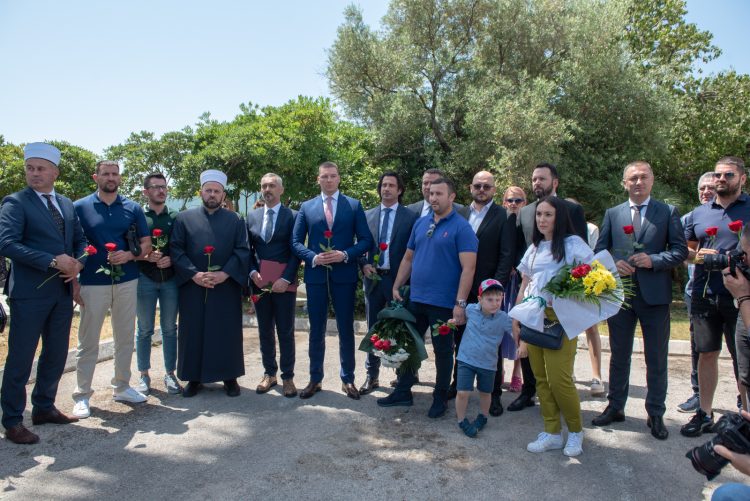 These days it is 30 years since the crime against Bosniak refugees from Bosnia and Herzegovina, better known as "Deportation of Refugees", that was committed in Montenegro. The non-governmental organizations Action for Human Rights, Center for Civic Education (CCE) and Anima laid flowers and paid tribute to the victims in front of the building of the Herceg Novi Security Center, from where most refugees were illegally deported.

In May and June 1992, Montenegrin police arrested at least 66 civilians who had fled the war in Bosnia and Herzegovina to Montenegro and handed them over as hostages to the Bosnian Serb army to exchange prisoners of war. Among those arrested, over 60 civilians were Bosniaks, while several were Serbs.

Most of those extradited were killed immediately, others were killed in the camps, and a few survived torture and were eventually exchanged. The remains of some victims deported from Herceg Novi are still being traced.

In the previous three decades, there was no political will or readiness in Montenegro to accept the crime of deportation of Bosnian refugees, call it by its real name and fully clarify it, said Interior Minister Filip Adzic.

He laid flowers in front of the Herceg Novi Security Center, paid tribute to the innocent victims and said he deeply regretted their suffering and sympathized with the pain of their families and friends.

The Bosniak Council stated that Montenegro paid compensation to the families of the victims, but did not provide criminal justice in that case – it solved the crime and reached the those who ordered the crime and direct perpetrators.