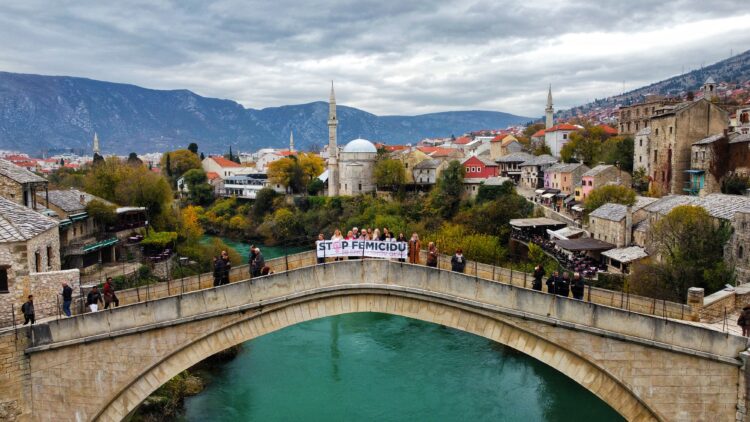 A silent dive from the iconic Old Bridge in the southern city of Mostar on Saturday honoured the 16 days of activism campaign against gender-based violence, focusing on the fighting violence against women.

In this way the activists paid honour to the women victims of violence and drew the attention to this problem.

The dive that was not followed by an applause was performed by Semir Miro Kazazic.

Ifeta Cesir Skoro, the head of the Initiative of citizens of Mostar said on this occasion that a total of 60 victims of femicide were recorded since 2015, 11 in this year only.

“Unfortunately, the dana we have at disposal come from media. In this way we would like to draw the attention of decision makers to the preventive and repressive measures, considering the fact that our laws do not recognise femicide,” she stressed.

The 16 day of activism against gender-based violence is an international campaign that starts on November 25, on the Day for the Elimination of Violence against Women and lasts until December 10, Human Rights Day.