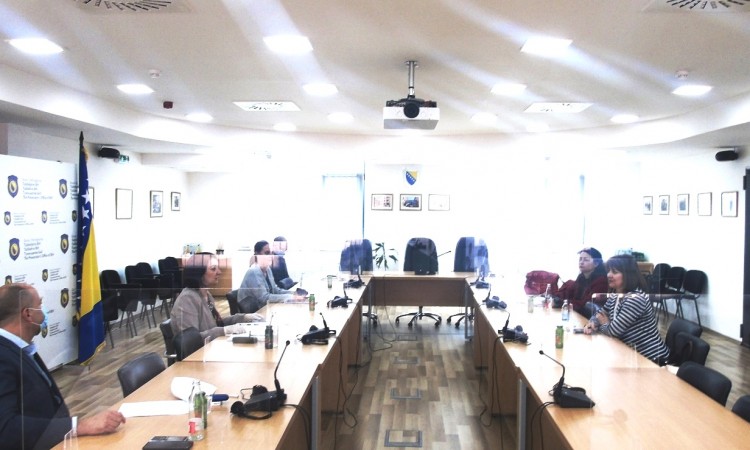 The Chief Prosecutors of the Prosecutor's Office of BiH and the Prosecutor's Office of Sarajevo Canton Gordana Tadic and Sabina Sarajlija met Monday and agreed on the details of coordinated actions of prosecutors in the working on cases related to the use of ACM 812A ventilators at the Sarajevo University Clinical Centre (KCUS). The same ventilators procured by the Prime Minister of Bosnia's Federation entity Fadil Novalic and his associates, which were said to be ineffective and which are the subject of a court trial against the PM and others.

The two discussed current events over the past few days, related to ventilators and treatment of Covid 19 patients at KCUS, as well as further activities of prosecutorial and judicial institutions.

Considering that the State Prosecutor's Office has previously acted in the case that was opened before the indictment in the Novalic et al. case, referring to assistance to the perpetrator after the commission of a criminal offence by several persons, the Prosecutor's Office of BiH said they will continue working on the case.

Based on the recent media reports, the Cantonal Prosecutor's Office of Sarajevo Canton formed a case related to a letter from a number of doctors from the KCUS, about the usability of ventilators in the treatment of patients at the KCUS, severe consequences for health and life of such patients, and other problems in the functioning of the so-called Covid department, in which he the Prosecutor’s Office will act in the coming period, in accordance with its jurisdiction.

The two prosecutors agreed to act urgently with coordinated activities and that they will exchange the information and evidence they gather so that all the facts regarding the said ventilators would be uncovered.