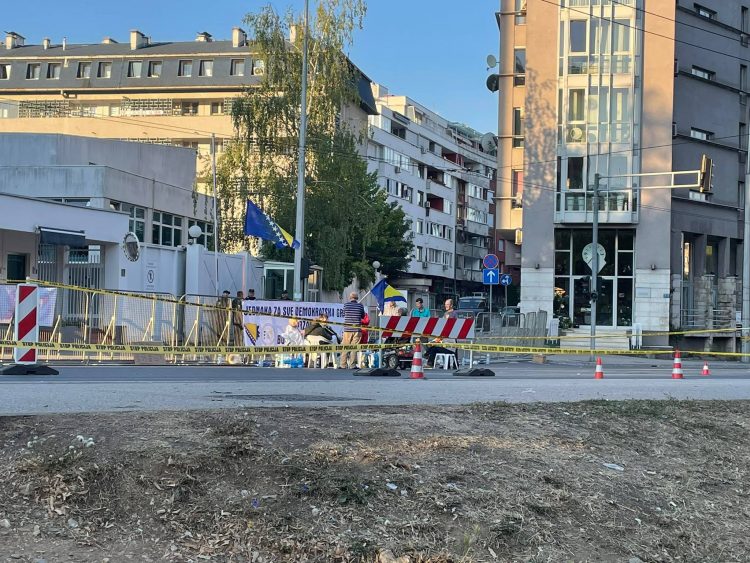 Citizens' protest against the High Representative’s decision to impose changes to the Election Law and the Constitution of the Federation of BiH continues Tuesday.

As the N1 reported earlier, there are around a dozen citizens in front of the OHR building this morning who spent the night under the open sky.

Traffic in Sarajevo's Kovacici neighbourhood runs in two lanes, while the other two are closed due to the protest. The continuation of the protest was announced on Tuesday, starting at 9 am.

These protests were called Monday by political parties and according to police reports, there were some 7,000 citizens present. No incidents were recorded.