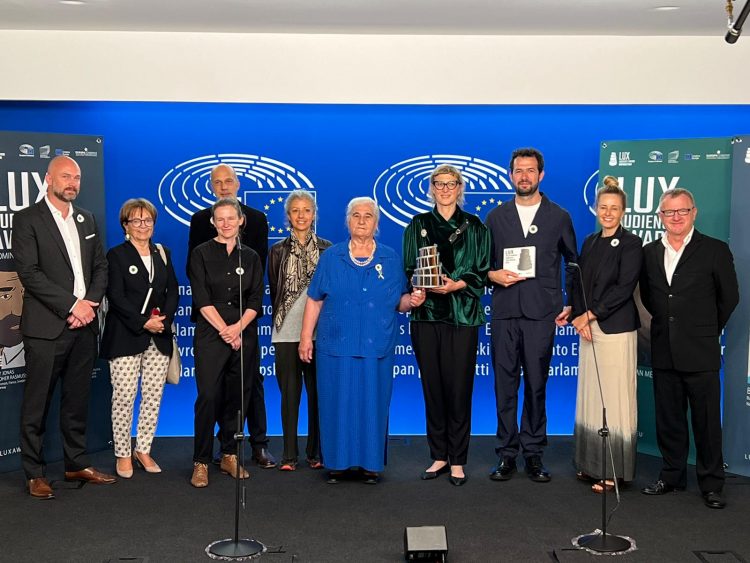 ‘Quo Vadis, Aida?’, by Bosnian filmmaker Jasmila Zbanic, won the 2022 LUX Audience Award, which was announced at the European Parliament on Wednesday.

“President Roberta Metsola awarded the 2022 LUX European Audience Film Award to “Quo Vadis, Aida?” by Bosnian director Jasmila Zbanic, during a ceremony on Wednesday in Strasbourg,” a statement on the EP website said.

It said that the winner of the LUX Audience Award – jointly awarded by Parliament and the European Film Academy, in partnership with the European Commission and the Europa Cinemas network – is selected jointly by MEPs and a European audience.

The three nominated films were announced on 11 December 2021 at the European Film Awards. These are: “Flee” by Danish director Jonas Poher Rasmussen, “Great Freedom” by Austrian director Sebastian Meise and Zbanic’s “Quo Vadis Aida?”
The plot of Zbanic’s Oscar-nominated film revolves around Aida, a translator working for the UN in the protected safe zone of Srebrenica on the eve of the July 1995 genocide.