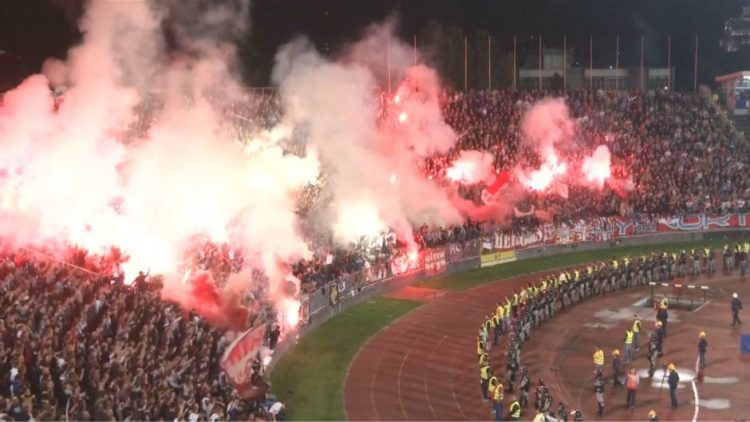 Football hooliganism has received significant attention from sociologists and anthropologists who analyze its cultural aspects and police looking at how to prevent and control it.

Of the 122 fan groups in the Western Balkans, 78 belong to the “ultras” – passionate and well-organized associations, and 21 can be considered hooligans and security threats.

This was stated in the report titled “Dangerous Games: Football Hooliganism, Politics and Organized Crime in the Western Balkans” of the Global Initiative against Transnational Organized Crime (GI-TOC), Bljesak.info reported.

The report begins by mapping the main football fan clubs in each of the Western Balkan countries. It then identifies which of these groups can be considered “ultra”.

The report recommends paying more attention to social conditions that motivate vulnerable youth to engage in football hooliganism, which can serve as a starting point for organized crime. It also suggests ways to identify and sever links between hooligan groups and organized crime.